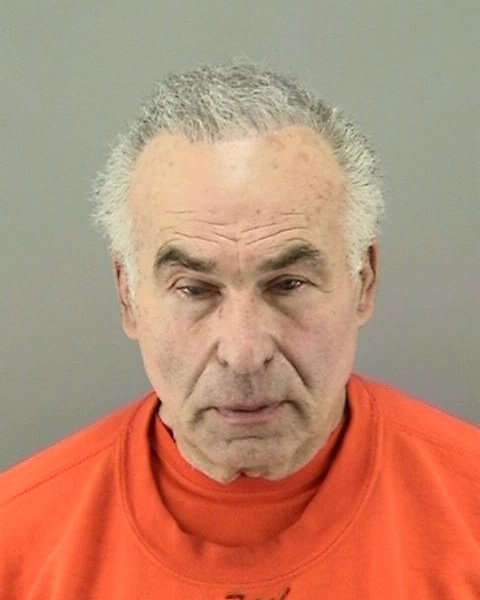 The collision was reported at 3:29 p.m. Tuesday at Naples and Rolph streets.

The pedestrian, identified by the medical examiner’s office as 86-year-old Zhen Guang Ng, was taken to San Francisco General Hospital where he later died, police said.

San Francisco police spokesman Officer Gordon Shyy said the driver, 69-year-old San Francisco resident Giampaolo Boschetti (pictured above), was arrested following the collision. He was subsequently booked under charges of vehicular manslaughter with gross negligence and failure to stop at a stop sign

The death was the first of two involving pedestrians in San Francisco on New Year’s Eve.

At about 8 p.m., a 6-year-old girl was fatally struck at Polk and Ellis streets in the city’s Tenderloin neighborhood. The driver in that case was also arrested on suspicion of vehicular manslaughter, Shyy said.