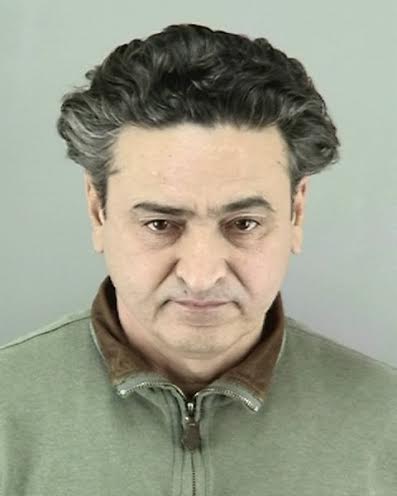 A driver with the San Francisco transportation company Uber was arrested on suspicion of vehicular manslaughter for striking and killing a 6-year-old girl in the city’s Tenderloin neighborhood on New Year’s Eve, police and company officials said today.

Syed Muzzafar, 57, of Union City, was arrested following the death of 6-year-old Sophia Liu, who was struck as she crossed the street with her mother and brother at Polk and Ellis streets at about 8 p.m. Tuesday, police said.

Muzzafar was turning right when he struck the victims, who were walking in the crosswalk, police said.

He was booked into custody on suspicion of vehicular manslaughter with gross negligence and failure to yield to pedestrians in a crosswalk and posted bail at about 11 p.m. Wednesday, sheriff’s spokeswoman Susan Fahey said.

Uber, which matches riders to private cars via a smartphone app, released a statement today confirming that Muzzafar was a driver for the company and said it has deactivated his account.

Uber officials said he did not have a passenger in his car at the time of the collision.

“We again extend our deepest condolences to the family and victims of this tragic accident,” the company said in a statement.
The pedestrian death was the second in San Francisco on New Year’s Eve.

Earlier in the day, 86-year-old Zhen Guang Ng was fatally struck at Naples and Rolph streets in the city’s Crocker-Amazon neighborhood.

Giampaolo Boschetti, 69, of San Francisco, was arrested on suspicion of vehicular manslaughter with gross negligence and failure to stop at a stop sign in connection with Ng’s death.

Boschetti was also released from custody on Wednesday after posting bail, Fahey said.

9:09 AM: A man has been taken into custody on suspicion of vehicular manslaughter for fatally striking a 6-year-old girl in San Francisco’s Tenderloin neighborhood on New Year’s Eve, a police spokesman said today.

The girl, identified by the medical examiner’s office as San Francisco resident Sophia Liu, was struck along with another child and a woman at about 8 p.m. Tuesday at Polk and Ellis streets, police said.

Sophia was taken to San Francisco General Hospital, where she was pronounced dead. The woman suffered life-threatening injuries while the other child is expected to survive, police said.

The three were in a crosswalk when a vehicle turning right struck them, police spokesman Officer Gordon Shyy said.

He has since been booked with the charges of vehicular manslaughter with gross negligence and failure to yield to pedestrians in a crosswalk.

Sheriff’s spokeswoman Susan Fahey said Muzzafar was booked into custody early Wednesday morning and was released after posting bail at about 11 p.m.

Supervisor Jane Kim, whose district includes the Tenderloin, wrote on Facebook that the other two people struck by the car were Sophia’s mother and brother.

“As we start the new year, we as drivers must take our responsibility with care,” Kim wrote. “Pedestrian deaths are senseless and avoidable.”

Kim wrote that the motorist identified himself as a driver with the transportation company Uber, which matches passengers with private cars via a smartphone app.

The company issued a statement saying the collision did not involve a vehicle making a trip with a passenger on Uber, but said it could not confirm whether the driver was associated with the company.

“Our policy is to immediately deactivate any Uber partner involved in a serious law enforcement matter,” the statement said.

“For that reason, we urge the police to release information about the driver in question as soon as possible. If the driver is a partner of Uber, his or her Uber account will immediately be deactivated,” the statement said.