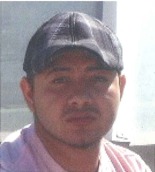 San Francisco police are asking for the public’s help today in solving the killing of a man whose body was found in a recycling bin at the city’s Buena Vista Park earlier this month.

Freddy Roberto Canul-Arguello, 23, was found dead after firefighters responded to a brush fire at the park at 4:39 a.m. on June 10, near Buena Vista Avenue East and Haight Street.

While extinguishing the flames, firefighters found the partially-burned body in a blue recycling bin near the park’s tennis courts. Police said at the time that he was already dead at the time the fire began.

Canul-Arguello was killed near the tennis courts in the early morning hours of June 10, according to police. No cause of death has been released.

Canul-Arguello was working for the restaurant industry in the San Francisco area at the time of his death, and leaves behind a large and loving family, police said.