The Age of Adaline – Everywhere

Blake Lively stars as a Adaline, a woman cursed to look like 29-year-old Blake Lively for all of eternity. Oh, but she can’t get close to anyone lest her secret immortality be revealed! She shall never know true love! She’ll stay young and watch her family age and die!

Cry me a freaking river. She doesn’t have to kill people and drink their blood, and she’ll have gorgeous hair forever. I’m not seeing the drawback here. 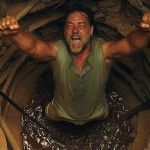 Russell Crowe directs and stars in this drama about an Australian man who ventures to Turkey to learn the fate of his two sons, who were declared missing during World War I. And then he divines water or something. Really I can’t say, because reading this plot summary put me to sleep. Oh crap. I’m nodding off again just thinking about it! 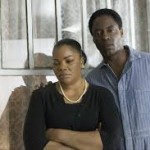 A young man who is Christian, African American, and gay must deal with his emotionally disturbed mother (Mo’Nique, you’ve got to expand your range), his absent father (Isaiah Washington, hoping to erase his homophobic past once and for all?), and his own coming out.

See all of Rain’s picks for this weekend at the San Francisco International Film Festival here.