The 58th San Francisco International Film Festival officially started last night and runs through May 7th. There are more movies than you could ever hope to see, with showings at several San Francisco theaters as well as the Pacific Film Archive in Berkeley. Check out the complete list of films here.

Meanwhile, here are some of this weekend’s highlights:

Pioneering documentary filmmaker Albert Maysles (Grey Gardens, Salesman) passed away this year at age 88, but not before completing a documentary about legendary style icon Iris Apfel, who’s still going strong at ninety-three. Iris plays at 2 PM. at the Kabuki, with an additional showing Monday. 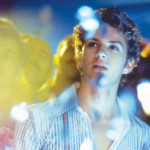 Over at the Castro at 9:30P.M. is the world premiere of 54: The Director’s Cut. You may remember 54 as that terrible 1998 movie starring Mike Myers as Studio 54 founder Steve Rubell, and Ryan Philippe as a young bridge and tunneler seduced by the den of iniquity. As tends to be the case with big budget studio films, they shied away from the film’s frank portrait of bisexuality and forced cuts and re-shoots. Director Mark Christopher has since redited the film to more closely match his original vision. Alas, because a lot of the omitted film footage was destroyed, this version has some scenes from VHS edited into the print, which can be a little distracting at times, be warned. While not a masterpiece, it’s definitely a better movie than what was originally released, and can you think of a better place to see it than the Castro Theater? Added incentive: the director as well as stars Ryan Philippe and Breckin Meyer will be in attendance.

The festival’s selection of horror and other weird fare can be found late night at the Roxie Theatre. This week’s film is Cop Car, starring Kevin Bacon as a creepy country sheriff dealing with two kids who stumble upon his abandoned squad car. See it at 11 PM 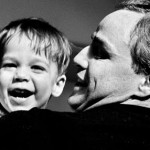 Listen To Me Marlon is a documentary about Marlon Brando, told in his own words, utilizing audio from over 300 hours of tapes the actor recorded, mixed in with film clips and home movies. Film historian David Thompson will introduce the film, and Rebecca Brando and the film’s director are expected to attend as well. Screens at 3:45 PM at the Kabuki, with additional showings April 27th and 29th.

Guillermo Del Toro will be receiving the Irving M. Levin Directing Award at 8 PM at the Castro Theater. He’ll be participating in an on-stage interview, and there will be a screening of The Devil’s Backbone, along clips from upcoming projects. 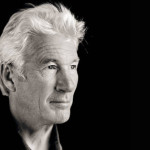 Richard Gere is the recipient of this year’s Peter J. Owens Award, and will partake in an on-stage interview at the Castro Theatre at 6:30 P.M. followed by a screening of his new movie Time Out of Mind. Twelve-year-old me is basically paralyzed with excitement over the prospect of seeing Richard Gere alive and in the flesh…

Oh, let’s be honest, middle-aged me is pretty pumped about it too.