First off, the San Francisco International Film Festival continues through Thursday. Yesterday we offered up some highlights, and you can read about those here. One event not included there is tonight’s Founder’s Directing Award, which this year is going to Richard Linklater. He’ll be onstage at the Castro for a pre-movie Q&A, and that will be followed by a screening of his latest movie, Boyhood. Filmed over the course of twelve years, it follows one boy’s life, from the age of six through eighteen. What makes the movie remarkable is that Linklater used the same actors throughout that 12-year filming process. (Ethan Hawke and Patricia Arquette play the boy’s parents).

The evening starts at 7PM at the Castro Theatre, and the movie itself is about three hours long, so be sure to load up on coffee and sugar at the concession stand. (Online tickets are sold out, but some rush tickets will be available at the theater.)

On to mainstream cinema’s weekend offerings! 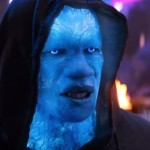 I was a DC girl growing up, so I never took to Marvel’s Spider-Man. I also thought Sam Raimi’s run of movies was just fine, and we really didn’t need a reboot so soon after. Which basically means I probably won’t bother with this, at least not until I can watch it while half-asleep on my couch. Andrew Garfield is still Spider-Man, and Emma Stone is still his girlfriend, Gwen. The baddie this time is “Electro,” played by Jamie Foxx. 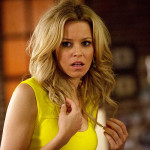 Successful career gal (Elizabeth Banks) has frivolous sex with a stranger (James Marsden) and is punished for it by losing her keys, wallet, and phone, leaving her stranded in the pits of LA on the morning of a big interview. HA HA HA.

OK fine, Banks and Marsden were both pretty funny on “30 Rock,” so maybe this isn’t as terrible as the premise makes it out to be.

John Turtorro wrote, directs, and stars in this comedy about a middle aged flower shop owner who becomes a gigolo at the behest of a friend, who in turn becomes his de facto pimp.

Woody Allen is the pimp.