The San Francisco International Film Festival is halfway through, but there are still plenty of awesome things to see. Here are some upcoming highlights.

Tonight at 6:15PM, the Nick Cave “biopic” 20,000 Days on Earth takes a look at the brooding Aussie’s creative process and archive of work. If you like Nick Cave, you probably already have tickets. If you don’t, don’t bother.

Also tonight, at 6:30PM, is the first of two showings of The Skeleton Twins (you can catch it again Friday), starring “Saturday Night Live” alums Kristen Wiig and Bill Hader as once-close twins who are reunited after a family tragedy. Both Wiig and Hader are scheduled to appear at the screening, along with director Craig Johnson. (There is a second screening Friday at 3:30PM.)

On Friday, May 2nd at 1:30PM, take The Trip to Italy, just be sure you eat first. Steve Coogan and Rob Brydon reprise their roles from the popular The Trip for this sequel, which finds the duo driving and eating their way through Italy. There’s even more delicious food to drool over, and impersonations to either laugh or groan at (their Michael Caines making an early appearance). But seriously, don’t see this hungry. If you do, when it’s over, you might find yourself racing to the nearest Italian restaurant and ordering half the menu. NOT THAT I DID ANYTHING LIKE THAT.

Also Friday, at 6:30PM, Patricia Clarkson stars in The Last Weekend, a family drama set in Lake Tahoe. Clarkson is the matriarch of a rich family, facing a decision about whether or not to keep their lakefront home while hosting the clan for Labor Day weekend. Much of the movie is the definition of White People Problems, but Clarkson manages to make her privileged character relatable and sympathetic. Clarkson and most of the cast are scheduled to appear at the screening.

On Saturday, May 3rd, learn about the man behind Burt’s Bees line of health and beauty products. Yep, he’s a real guy, and he really looks like the guy on the packaging. Burt’s Buzz screens at 4:30PM, and again on May 6th.

At 7:30PM, the festival presents its Centerpiece film, Palo Alto, directed by Gia Coppola (Francis’s granddaughter), and based on the book by James Franco. It’s focused on a group of aimless high schoolers in the Pennisula city, as they go to parties, are ignored by their stoned parents, and suffer the consequences (or lack thereof). There’s potential in this young Coppola, but the movie doesn’t live up to some of the films it immediately brought to mind, like Over the Edge or Foxes. Also, James Franco plays a skeevy teacher and soccer coach who seduces a student. Was that whole Instagram thing some kind of weird viral publicity stunt?!? 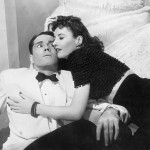 On Sunday, May 4th, jump at the chance to see Preston Sturges’s The Lady Eve on the big screen.  It stars Henry Fonda and Barbara Stanwyck, and is one of the best, if not THE best screwball comedies ever made. Authors David Thomson and Geoff Dryer will give a talk before the movie.

Check out the entire SFIFF line-up here. And remember, even if tickets are sold out, there’s always the chance of getting “rush” tickets the day of the show!