Macca Rules, SF Gets Roasted: Friday at Outside Lands 2013 (Slideshow)

Paul McCartney: Former Beatle, Wings frontman, and absolute legend Paul McCartney is still absolutely on fire when it comes to live performance. Whether it was regaling the Outside Lands audience with tales of his first USSR experience (in which the defense minister and other governmental officials not only proclaimed their love of the Beatles but learned English from their records) or busting out wildcard hits “I’ve Just Seen A Face”, “Being For the Benefit of Mr. Kite” and a mind-blowing finisher of “Helter Skelter”, you could not ask for a more fan-friendly ride through choice Beatles cuts and Wings staples. A highlight: the very epic “Live and Let Die,” complete with pyro.

There’s a damn good reason a majority of my photos come from Macca’s set; the man hasn’t lost a step. If anything, his set has gotten even stronger as his current tour’s progressed.

Crowd Control: SFAppeal must-see act twenty one pilots more than delivered over at the Twin Peaks Stage. We’d warned you about stage antics and the duo came packed with them. Frontman Tyler Joseph climbed from truss to Twin Peaks roof and back, designated the entire crowd as new members of the band, called out the VIP section, and did a few backflips for good measure. Of course, let’s not forget about their music: twenty one pilots drew heavily from their critically acclaimed (and latest) LP, Vessel. Judging by just how well fans knew the album, the band’s to the point where it’s not an act of drawing the audience in to engage them; they’ve had them from the start.

What’d I Miss?: As with any large-scale premier festival, you can only take in so much. Last year I warned y’all that the quaint charm of a still new Outside Lands was fading fast and you can bet I take a bit of pride in saying I told y’all so. The festival was beyond sold out, with a remarkable Friday crowd packing Golden Gate Park from the first guitar jangles of Smith Westerns to the epic finish of Paul McCartney. That amount of people made it far more difficult to move from stage to stage this year, making it harder to eat, go to the bathroom, and even catch the usual number of bands from rampant stage-hopping. Plan accordingly, go with your gut, and remember why you came to Outside Lands in the first place.

1. Apologies to the random fan I accidentally decked in the face with a beach ball from the photo pit during the National’s set; far less cool than a pie to the face from Steve Aoki, I know.

2. The National not only played alongside Kronos Quartet but had a special guest at the end of their set: the incomparable Bay Area legend Bob Weir.

3. Jeff Ross came ready to roast the entirety of SF; from Asiana airlines to the Giants’ current slump and even folks from the audience, no SFian was safe.

4. Speaking of the locals, SFians still can’t handle their shit when it comes to a festival setting and potentially illicit substances.

5. I take back all the nasty, misguided comments I made towards the Outside Lands shuttle on Fulton. That was a free bus ride towards downtown with pretty much no restrictions; all you had to do was alert the driver to where you wanted to stop, making for a suspiciously painless trip from festival to night show. 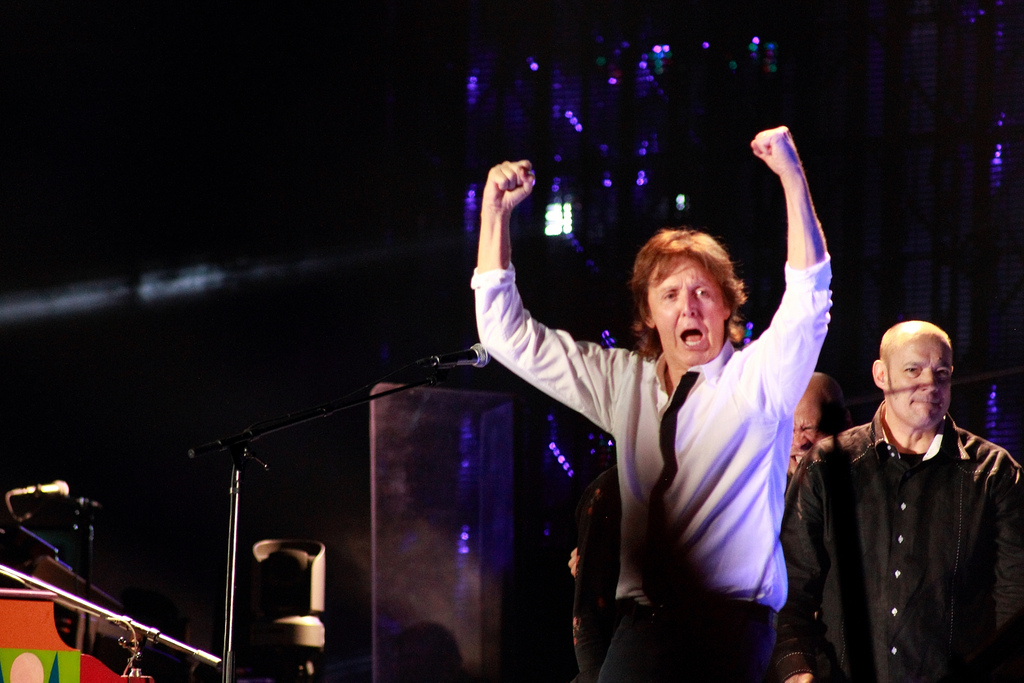