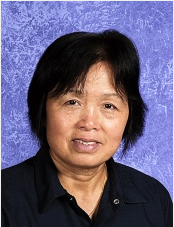 A woman who was fatally struck by a pickup truck while crossing a crosswalk in San Francisco’s Sunnyside neighborhood last week was a custodian at a nearby elementary school, according to school officials.

Becky Lee, 60, was struck at 6:58 p.m. last Wednesday at the intersection of Judson Avenue and Edna Street, just a few blocks away from where she worked as a custodian at Sunnyside Elementary at 250 Foerster St.

Lee was taken to San Francisco General Hospital where she was pronounced dead.

Sunnyside principal John Simard posted a letter on the school’s website mourning the death of Lee, who had been with the school since 2010 after working as a custodian elsewhere in the school district beforehand.

“She was very happy to have this transfer as our school is very close to her home,” Simard wrote. “She was a very positive influence in the lives of many of our Chinese-speaking students. She was kind and warm to all children and adults alike and put great care into her work.”

The principal wrote that Lee, known on campus as “Ms. Becky,” was an “integral part of our staff” and also had two sons, both Lowell High School graduates who are now physicians.

The school on Friday brought additional counseling staff on campus to help with students who needed additional report, lowered the school’s flag to half-staff and held a moment of silence at a school assembly to end the day.

School officials are also gathering donations to give to Lee’s family to offset funeral costs. More information about donating can be found on the school’s website at www.sunnysidek5.org/becky-lee.html.

Supervisor Norman Yee, whose district includes the Sunnyside neighborhood, asked that today’s Board of Supervisors meeting end in memoriam of Lee, saying she was a “treasured member of the staff” at her school and leaves behind a husband and the two sons.

A 42-year-old woman driving the Dodge truck that struck Lee stopped at the scene after the collision. The woman is cooperating with police about the crash, which remains under investigation.

The four-way intersection of Judson Avenue and Edna Street has stop signs in all directions.