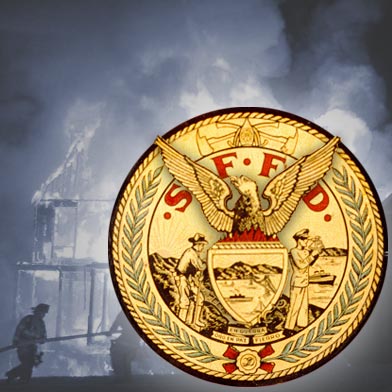 A Bernal Heights resident faced with eviction proceedings was arrested Tuesday night in connection with an alleged arson in his home, according to police.

Firefighters were called to the home at 621 Anderson St. at 7:25 p.m. on a report of a structure fire, according to fire department spokesman Jonathan Baxter.

They found a minor fire in the rear of the structure that was confined to one room and its contents, Baxter said.

The fire appeared to have been set deliberately, but it remains under investigation by fire officials and police, Baxter said.

Police today said the fire sparked shortly after the resident, 35-year-old Edwin Monzon, was informed by his 60-year-old landlady that he was being evicted.

Monzon was arrested on suspicion of arson and other offenses, according to police.

Baxter said one person, a neighbor, was transported to the hospital as a precautionary measure but described it as a “minor episode.” He could not immediately provide more information on the nature of the medical issue.