Man Shot, Killed By Officers Sunday Not Involved In Sideshows 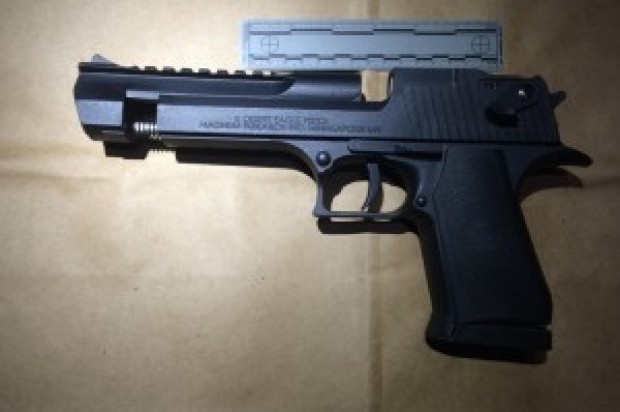 A man with a pellet gun who was shot and killed after he approached Oakland police officers impounding numerous motorcycles in East Oakland on Sunday was not involved in the many large sideshows that kept law enforcement officers scrambling all weekend, police Chief Sean Whent said today.

The 39-year-old man, a former Oakland resident whose name has not been released, arrived as officers were working on impounding dozens of motorcycles cornered near the corner of 98th and Bancroft avenues at about 5:30 p.m. Sunday.

As he approached, he pulled what appeared to be a black pistol from his waistband, Whent said.

Several officers who had been standing around doing paperwork and waiting for tow trucks to arrive scattered when they saw the man pull the gun, Whent said. No communication was made with the man before four officers opened fire.

He was hit by gunfire and officers performed CPR, but he was pronounced dead at the scene. It was only after the shooting that the officers realized the gun he was carrying was a replica, an Airsoft pistol designed to look like a real gun, Whent said.

Whent said today that police had encountered the man about six months ago, when he was arrested for a parole violation.

One of the officers who opened fire is a sergeant with seven years of experience with the department. The others were all relatively new officers, each with between six and 18 months of experience, Whent said.

The officers were merely doing paperwork so had not activated their body-worn cameras before the shooting. They activated the cameras immediately afterward, recording some of the aftermath, Whent said.

Investigators have not yet determined why the man approached the officers, but do not believe he was involved in a weekend of unusually high sideshow activity throughout East Oakland, where as many as 700 vehicles descended from all over the state on Saturday.

People at the sideshows — renegade car shows where intersections and even freeways are taken over by crowds watching races and tricks — were hostile to law enforcement efforts to contain them, at one point destroying an Oakland police cruiser.

Whent said the department has been contending with Saturday night sideshows for months with extra assistance from the CHP. Prior to this weekend, they gathered intelligence that more vehicles than usual would be coming.

But predicting just how many can be difficult since sideshow organizing is largely social media-driven, Whent said. With nearly 700 vehicles participating in the sideshows, there were almost as many cars involved as there are officers in the entire Oakland Police Department.

“When you have 700 cars, it is very, very, very difficult” to contain the sideshows, Whent said.

CHP officers responded to sideshows early Sunday morning on Interstate Highway 880 near the High Street off-ramp. About 200 vehicles were involved in that sideshow, which lasted for about 45 minutes. After that, they responded to another sideshow nearby at International Boulevard and 55th Avenue, according to the CHP.

The CHP made two arrests and impounded 10 cars connected to the sideshows late Saturday night and early Sunday morning, including one driver who led officers on a 2.5-mile pursuit before pulling over and surrendering, CHP officials said.

At one point during the hours of scattered sideshows, the crowd advanced on an Oakland police patrol car. The officers fled from the car and the crowd surrounded it, jumping up and down on its hood, smashing the windows and leaving it unusable, Whent said.

While Saturday night sideshows have been commonplace for some time now, Whent said this year Oakland has had more sideshows happening on Sunday afternoon as well.

Dozens of motorcycles, four-wheelers and cars roamed city streets starting Sunday afternoon, leading Oakland police to pull staff from the Oakland Raiders game happening at the time to contend with them, Whent said.

A large group of motorcyclists were finally cornered near 98th and Bancroft avenues prior to the police shooting.

“Sideshows represent an unacceptable risk for motorists and pedestrians” and disrupt the lives of East Oakland residents, Schaaf said.

To combat escalating sideshow activity, the department is starting a sideshow hotline phone and email address for people to take tips, photos and video of sideshows to assist with responding and investigations, police said.