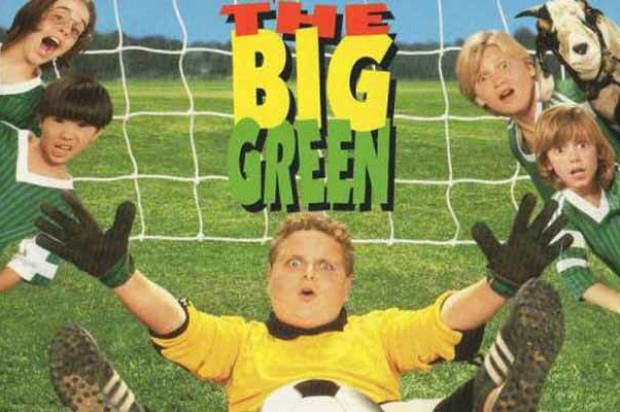 A state appeals court in San Francisco has rejected a Sierra Club challenge to an environmental study of new artificial-turf soccer fields now being constructed at the western end of Golden Gate Park.

A three-judge panel of the Court of Appeal on Wednesday upheld a trial judge’s ruling that an environmental impact report certified by the city’s Board of Supervisors in 2012 adequately studied the project.

Installation of the turf on four playing fields began last Nov. 5, the day after city voters turned down a ballot initiative that would have blocked the project and approved a competing measure supporting it.

The approximately 7-acre project, known as the Beach Chalet athletic fields, is expected to be completed in December.

Although construction is well under way, a ruling in favor of the Sierra Club could have stopped the project or eventually resulted in its removal.

The turf is made up of grass-like polyethylene fibers mixed with so-called “infill” of rubber tire crumbs, which provide stability to the synthetic blades of grass and absorb impact.

The Sierra Club and other citizens’ groups unsuccessfully argued that the environmental report didn’t adequately assess the cancer risks and other health risks of the crumb chemicals, which include petroleum compounds, semi-volatile organic compounds, lead, zinc and chromium.

But the appeals panel, in a 53-page ruling, turned down those arguments as well as a claim that the city failed to consider other alternatives adequately.

The decision could be appealed further to the California Supreme Court.

Richard Drury, a lawyer for the Sierra Club, said no decision has been made on a further appeal.

“We are of course deeply disappointed with the court’s decision and believe that it was legally erroneous,” Drury said.

Arthur Feinstein, a member of the Sierra Club San Francisco Bay Chapter executive committee, said, “Kids are at risk. There is mounting evidence that this type of turf does put people at risk.

“If you don’t know if something is safe or not, don’t do it,” he said.

San Francisco Recreation & Parks Department General Manager Phil Ginsburg said in a statement, “This project is fundamentally about letting kids play. This victory is not just a court victory, it’s a victory for San Francisco’s kids.”

The use of artificial turf, which will require less closure for rain and maintenance, together with new evening lighting will triple the playing time of the Beach Chalet fields from approximately 4,700 hours to 14,300 hours per year, according to the department.

The project is part of a 10-year, $52 million partnership between the city and the City Fields Foundation to renovate a total of 21 playing fields at nine locations.

Foundation executive director Susan Hirsch said, “At the onset of this partnership, we set out to ensure that every child in San Francisco has a place to play ball. With the completion of the Beach Chalet project, we have met that demand.”

The 21-field project was funded with $22 million from the city and $30 million from the foundation, according to City Fields spokeswoman Tami Kelly. The foundation was established by Bob, Bill and John Fisher, sons of Gap Inc. founders Donald and Doris Fisher, and supported by additional donors.

The Sierra Club was joined in the lawsuit by the Coalition for Children’s Outdoor Play, Education and the Environment and an individual, Mary Anne Miller. Four other civic groups, including the Golden Gate Audubon Society and San Francisco Tomorrow, filed a friend-of-the-court brief in support.