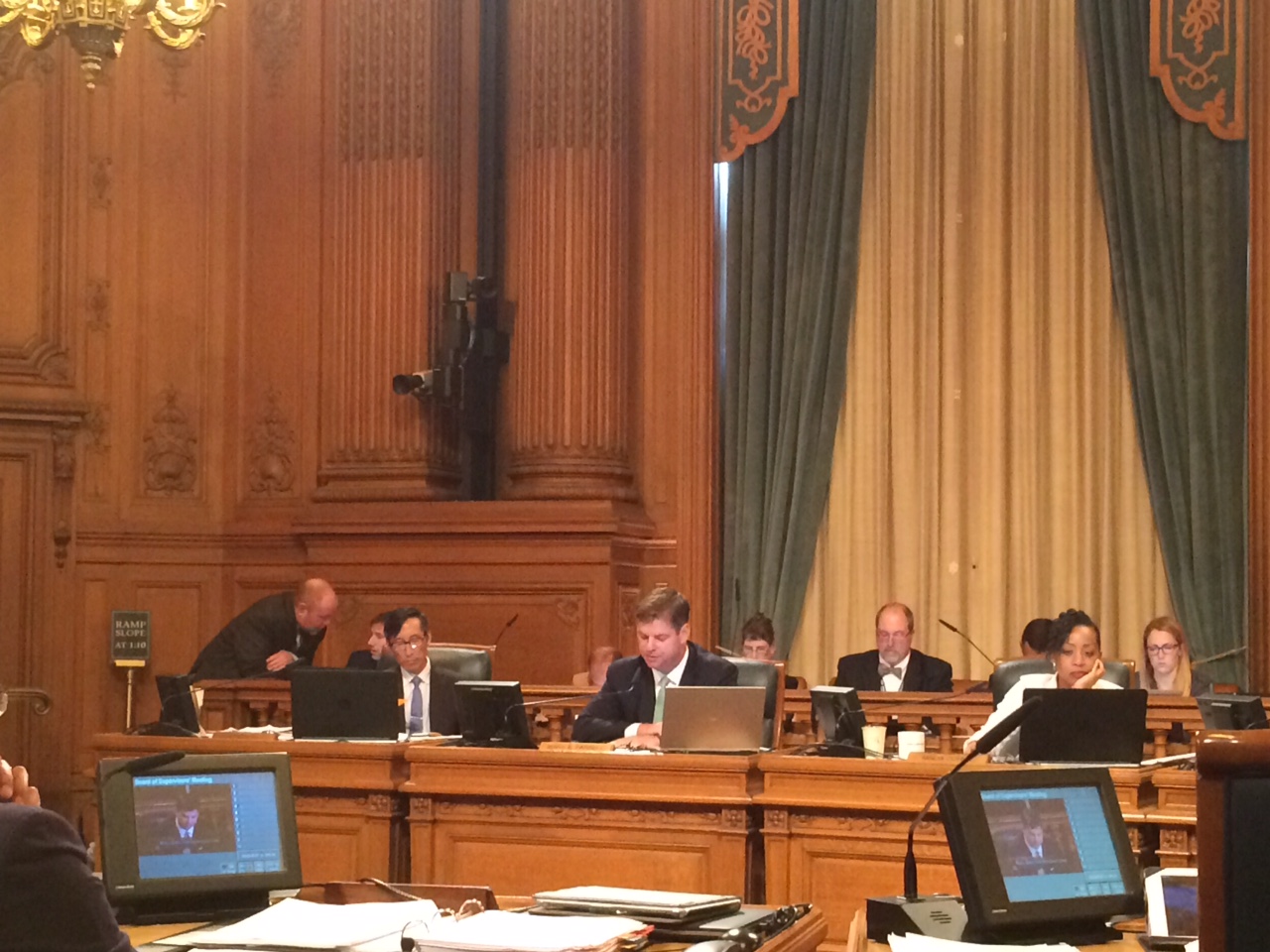 San Francisco Supervisor Mark Farrell railed against San Francisco Sheriff Ross Mirkarimi’s leadership at the sheriff’s department in the lead up to a July 1 homicide allegedly committed by an undocumented, convicted felon, which has ignited a national debate over the city’s Sanctuary City and Due Process for All ordinances.

Last week Mirkarimi urged the Board of Supervisors to provide legislative clarification and a discussion on city policies regarding communication with immigration officials.

But Farrell said today that he doesn’t think that is appropriate.

“What we don’t need is hysteria and while I understand election year politics, I don’t believe what we need is another public spectacle at City Hall,” Farrell said.

Mirkarimi’s request for clarification of the city’s law came in the weeks following the July 1 killing of 32-year-old Kathryn Steinle on Pier 14 and the subsequent arrest of undocumented immigrant, convicted felon and five-time deportee Juan Francisco Lopez-Sanchez.

Farrell said that in regards to Lopez-Sanchez’s release onto the streets of San Francisco, Mirkarimi’s first wrong move appears to have been on March 13, when he issued a “gag order” to sheriff’s deputies.

Farrell said Mirkarimi’s department memo violated both city law and federal law by removing the discretion provided to law enforcement officials when communicating with federal officials. He said the memo ceased all communications between sheriff’s deputies and federal immigration authorities.

Additionally, Farrell introduced legislation today that would mandate that the San Francisco Sheriff’s Department receive confirmation that the District Attorney would bring charges against an individual before the sheriff’s department is allowed to expend city resources to bring a prisoner into San Francisco from another jurisdiction.

Lopez-Sanchez was housed in a federal prison and about to be deported for the sixth time when he was brought to San Francisco on a 20-year-old charge that was soon thrown out by the San Francisco District Attorney’s Office. He was then set free on the streets of San Francisco instead of handed over to U.S. Immigrations and Customs Enforcement.

The sheriff’s department disregarded an ICE detainer requesting custody of Lopez-Sanchez on the grounds that such detainers have been deemed unconstitutional in federal court, Mirkarimi said.

The supervisor is also submitting a letter of inquiry to Mirkarimi, asking him to explain why, after the San Francisco District Attorney dismissed an outstanding warrant for selling marijuana at United Nations Plaza in 1995, his department continued to hold Lopez-Sanchez in county jail for more than two weeks.

Farrell said he is asking Mirkarimi to respond to his inquiry in writing by July 28.

The reforms introduced by Farrell today also include legislation affirming the board’s support of the city’s Sanctuary City and Due Process for All ordinances.

“Our Sanctuary City law has been a pillar of public safety policy for decades in San Francisco, but unfortunately this Sheriff has implemented additional ideological policies that fly in the face of not only our local laws but federal law as well, and it must come to an end,” Farrell said.

Mirkarimi maintains that his department does not honor ICE detainers and does not notify federal immigration officials about the release of undocumented immigrants from custody. He said without probable cause, such communication with immigration officials would violate not only the Due Process for All Ordinance and the Sanctuary City Ordinance, but also the Fourth Amendment of the U.S. Constitution.

Lee has said that “in certain circumstances” local law enforcement is already permitted to notify federal officials when “a particular individual” is set for release.

Farrell said he introduced the package of reforms today in hopes that future tragedies might be avoided.