Could someone please build an actual time machine and go back to 1999 and somehow make it so that The Blair Witch Project is a complete and utter flop and no one ever dares to make another “found footage” movie ever again? Barring that, perhaps we can collectively avoid Project Almanac en masse, and put a nail in the found footage coffin for good. Trust me. You won’t be missing anything.

I suppose the makers of Project Almanac (which include MTV and Michael Bay) figured since the movie’s aimed at and about teenagers, they wouldn’t mind watching something that looks like it was shot on cell phones. As for me, I had to literally close my eyes during some scenes to avoid throwing up due to motion sickness.

The kicker is that the gimmick adds nothing to the story, and they don’t even stick to the rules they set in motion by employing a found footage set-up. The characters decide to film moments that NO ONE–not even the “you film everything, don’t you?!” girl–would ever decide to film, and dialogue occurring yards away from a camera is heard crystal clear, (did they all decide to mic themselves permanently?).

Perhaps the amateur filming angle is just used to cover up the fact that the movie is pretty cheap and devoid of any real special effects. But it can’t cover up a totally lame screenplay that spends way too much time on the building of the time machine (which is found in the basement, left there by the protagonist’s dead father), without attempting to make it seem in any way plausible. A lot of batteries are used. Also, hydrogen. And an Xbox. Oh, and of course they manage to build an app for their phones that controls the machine.

So, once the endless trials and errors with the machine are through, and they are finally able to get it to work, what’s the big thing the five teenagers decide to do?

Go back in time three weeks TO GO TO LOLLAPALOOZA.

And, no, the movie isn’t a Hot Tub Time Machine-esque comedy.

I weep for the future of America. 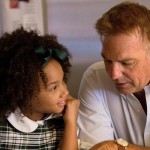 Kevin Costner stars in this drama about a white grandpa who becomes guardian of his bi-racial granddaughter, and eventually gets into a custody battle with her grandmother, played by Octavia Spencer. It will be earnest, and offer simple and pat resolutions for everyone involved. That’s why it’s opening in January and not December, people! 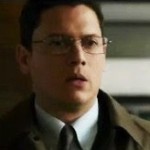 Five bros decide to rent a loft in town where they can escape and “indulge in their fantasies.” Which basically means cheating on their wives. It’s all fun and games until a dead woman shows up in your bed. I hate everything about this movie except for the fact that Wentworth Miller is in it, because I haven’t seen him since “Prison Break,” and I feared the worst. So, I guess this is only the second to worst possible outcome for Wentworth.

Festival of new cinema from German-speaking countries runs through Tuesday. Find a complete list of movies here, with a varied selection of documentaries, dramas, and several in-person appearances from filmmakers and stars.