Cake Killers Match Mortdecai Song One Strange Magic The Boy Next Door The Humbling by Rain Jokinen | January 23, 2015 9:21 am | in Culture | 0

Basically, the rule for picking what movie to see this weekend is, if it stars or was created by someone whose name you recognize, you should probably skip it.

Like this little gem starring Johnny Depp as a British art dealer racing the globe find a stolen painting that’s somehow connected to hidden Nazi gold. Johnny Depp with silly facial hair and an accent. What a stretch! Think Inspector Clouseau at his funniest…and this is not that. Also starring Gwyneth Paltrow as his wife. (That’s two famous names. Stay doubly far away!) 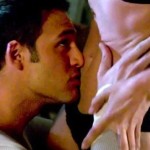 The Boy Next Door – Everywhere

A high school teacher has an affair with a hot man who lives next door, only to find out that not only is he a student in her school, but he’s also a crazy, stalking psycho. Doh! Starring Jennifer Lopez. You know who she is! That means: don’t go! 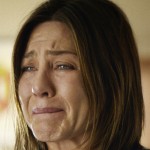 Jennifer Aniston went make-up-less in this drama about an acerbic woman with chronic pain issues, and a pill addiction to go with it, but, alas, the Academy wasn’t impressed. No Oscar nomination for her! Sorry Jen. Maybe next time…just be careful which role you pick!

Oh. “From the mind of George Lucas.” That explains it.

A serial killer in Japan posts anonymous videos of his kills online, which gets the attention of a journalist in Jakarta. But this journalist doesn’t report the crimes; he decides to copy them. Oh, the internet; connecting people across cultural and geographical divides. Starring no one one you’ve ever heard of! 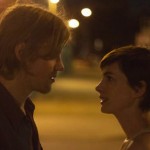 After her brother is hit by a car and goes into a coma, a young woman begins to read his journal and stalk his favorite singer.

Oops! This movie is a romantic drama, not a thriller. I guess the stalking is supposed to be heartwarming! Starring Anne Hathaway, and the music of Jenny Lewis and Jonathan Rice. 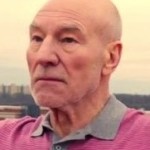 An author and her husband interview a legendary ballet choreographer for a book about the history of dance. But soon the choreographer learns they are there for much more than a standard interview. Starring Patrick Stewart.

An aging actor starts a relationship with his friends’ daughter, who happens to be much younger, and also probably a lesbian. From director Barry Levinson, author Phillip Roth, and starring Al Pacino. According to this weekend’s movie choosing rule, it’s a must-to-avoid, since it stars a big time actor. However! Greta Gerwig costars as the younger woman, and anything Greta Gerwig is in is worth seeing just by virtue of her being in it. Enjoy.