The wildly popular book gets the movie treatment, produced by and starring Reese Witherspoon. Being a fan of the book, I had fears that Hollywood would turn the often difficult, albeit ultimately inspiring memoir, into another insipid Eat Pray Love. I’m happy to say, that isn’t the case. For the most part.

Like the book, the movie opens with a graphic bit of toenail removal, followed by some pissed off boot tossing. Almost immediately, we are also shown flashes of events out of context, though clearly featuring our protagonist, Cheryl Strayed (Reese Witherspoon). The rest of this film follows the same kind of structure, showing us scenes from the past as Cheryl walks forward; 1,000 miles forward, along the Pacific Crest Trail, to be specific.

Soon, we begin to see that Strayed is not so much trying to leave a painful past behind as to make sense of it. At the center of that pain is her mother: poor, domestic violence survivor, and eternally optimistic Bobbi, played by Laura Dern. (It’s not a spoiler to say she dies; that becomes clear pretty early on.)

This death, while Strayed is in her 20’s, becomes too much to handle, and she finds herself falling into a pit of adultery with strangers and increasingly dangerous drug use. I won’t say Witherspoon is “brave” for seeking out a role that includes some graphic sex scenes and unpleasant character traits, because bravery has nothing to do with it. But I do think she’s pretty savvy to know that her main movie persona, as a romantic comedy actress, gives extra punch to the film’s seedier moments. How could someone so pretty and smart allow that stuff to happen to her? Pretty sure a lot of Cheryl Strayed’s real life friends said the same thing.

The movie does take some liberties with the book. Strayed now has one brother instead of a brother and a sister, and her non-abusive stepfather is gone completely. I can understand these liberties since so much of her history is told in short flashbacks; shorthand is needed to get some points across. (Which I suppose also explains the scene involving a gang bang in an alley, something definitely not in the book.)

I found it refreshing that the scenery, while often quite beautiful, doesn’t become a distraction; the movie isn’t a travelogue and director Jean-Marc Vallée refrains from showing too many beautiful sunsets. Strayed’s walk in the woods is filled with beautiful things, as well as dangerous ones. But it’s ultimately the walk through her own mind that matters the most. 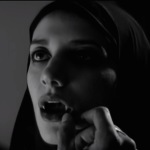 This is being marketed as “The first Iranian vampire Western ever made,” and you’ll get no argument from me. It’s also written and directed by a woman, is in black and white, is about a female vampire, is set in an Iranian ghost town, and is very, very weird. Women walking: it’s officially a movie trend. 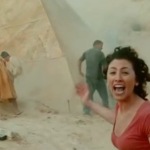 The mummy’s curse movie genre gets the found footage horror treatment. From the director of the The Hills Have Eyes remake, and starring Denis O’Hare, of past and present seasons of “American Horror Story.”

If you’re thinking, “Hey. I thought that Al Pacino and Brian DePalma movie about the Penn State molestation scandal was on hold?” you’re right! It was and still is. This is the documentary that movie would have been/will be based on.

This week’s Jessica Chastain movie costars Colin Farrell, was directed by Bergman babe Liv Ullman, and is based on the naturalistic play by August Strindberg. Of course, any mention of August Strindberg immediately makes me think of this: