Chris Rock wrote, directed, and stars in this smart comedy about a comedian–not too unlike Chris Rock himself–who tries to reboot his career after a series of very terrible, albeit very popular movies. Rosario Dawson is the reporter who follows him around for a few days before his wedding, and Gabrielle Union is his reality TV-starring fiance. Filled with lots of other real life comedians, including Brian Regan, Whoopi Goldberg, and Jerry Seinfeld. 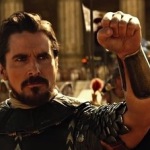 Christian Bale as Moses is almost as funny a concept–if not more so–than Russell Crowe as Noah. Of course, it’s not supposed to be funny, but come on now. It is! Alas, unintentional humor is not enough to get me to sit through this Ridley Scott-directed epic, which, much like the Biblical epics of classic Hollywood, is also blindingly white. 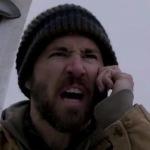 Drama from the sometimes-interesting director Atom Egoyan stars Ryan Reynolds as a dad who decides to buy his daughter a pie, leaves her in the car to do it, and comes back to find she has been…taken. Ryan! I know exactly the guy you should call! You see, he has a particular set of skills… 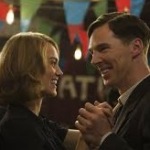 Biopic starring Benedict Cumberbatch as Alan Turning. Turing was a British computer scientist who was a key figure in breaking the Nazis’ Enigma code in World War II, something that was integral to the allies eventually winning the war. So, what does Britain do with a war hero like Turing? They eventually arrest him for being gay. Wa….waaaa.

Here’s something we don’t see often: An absurdist war comedy from Israel, but about female soldiers. The movie’s lead, Nelly Tagar, will appear in person, tomorrow, Saturday, December 13 for a Q&A after the 7PM show at the Opera Plaza. She will also introduce the 9:45PM show.