Weekend Watch: The Hobbit: Battle of the Five Armies, Annie, Night At The Museum: Secret Of The Tomb

The Hobbit: Battle of the Five Armies – Everywhere

The Hobbit did not need to be three movies. I suspected as much when the trilogy was first announced, and the third movie just hammers home that fact. The Hobbit would have been an amazing, thrilling, emotional, action-packed set-up to the Lord of the Rings. Instead it’s a bloated, boring, and contrived mess.

Story wise, it probably makes more sense to end the second movie with the awakening of Smaug and his subsequent rampage. But methinks they realized saving that bit for the beginning of movie number three would guarantee more butts in seats. It’s certainly the best part of the The Battle of the Five Armies. Too bad it only lasts about 10 minutes.

Everything after is a long slog towards Lonely Mountain, where the dwarves are walled up with an ever-increasingly crazy Thorin, who refuses to relinquish the gold. But where there lies gold, there comes those who want a little/some/all of that gold, and thus the five armies of the title gather to battle.

And really, that’s the majority of the movie. An ever-increasing war of thousands, that becomes ever-increasingly boring. The ridiculous subplot about star-crossed lovers, the elf Tauriel (Evangeline Lily) and dwarf Kili (Aidan Turner), which feels nothing but contrived and pandering, (let’s give the ladies something to cry about!), finds its conclusion, and includes some of the most ridiculous dialogue in a genre that has its fair share of it.

Which brings me back to the magic that was the original trilogy. If it could keep someone like me, who has no interest in the fantasy genre at all, enraptured for over 10 hours, it just doubly proves that The Hobbit--which was the only book in the Middle Earth series that I read as a kid, and whose animated version I then watched dozens of times–is nothing but a failure. At 48 frames per second. 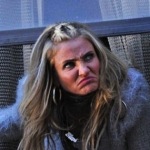 Another movie that didn’t need to be made! The only good thing about this version of the classic musical is it’s giving Academy Awards Nominee Quvenzhané Wallis some more work, because she is a delight, and I hope she has a career long enough to overcome this misstep. Also starring Jamie Foxx, Cameron Diaz, and Rose Byrne.

Night at the Museum: Secret of the Tomb – Everywhere

The best thing about the first two Night at the Museum movies was the monkey. Luckily, the monkey’s back for this one, which finds Stiller’s night watchman venturing to museums around the world, in hopes of keeping the magic alive. Robin Williams’s Teddy Roosevelt also returns for an appearance. *sniffle*