When I was a kid, I had a Ouija board, and I was an eager “player,” because it is, as the box says, merely a game, right? I was also incredibly gullible, and friends and family took advantage of that gullibility more than once, and for a hot minute, I DID believe in ghosts.

Hasbro continues to sell Ouija boards to those who want to believe, though it’s marketed, still, as a game. Which is why it’s a little weird that this movie is, essentially, a game tie-in, partially produced by Hasbro. It’s kind of like doing a movie version of the board game Life, where everyone in that little car dies a horrible, violent death.

Ouija is a flat out dumb, predictable, and pointless horror movie. All the scares are telegraphed a mile ahead. The plot, about the ghosts of a dead medium, and a little girl with a sewn-shut mouth, doesn’t make a lick of sense if you stop to think about it for even a second. It’s rated PG-13, so perhaps younger audiences will flock to it, but all I know is by the time I was 13, I was over my gullible years, and watching much better, and scarier, movies than Ouija.

Jason Schwartzman is so good at playing insufferable pricks, I’m almost afraid to know what he’s like in real life. Does it come naturally to him? Or is he that good of an actor? He’s so dickish and unlikable in this comedy, that I had a hard time feeling any of the sympathy I know I was supposed to have for him. He plays Philip, a writer who publishes a second novel, decides to leave his very tolerant and pleasant girlfriend, (played by Elisabeth Moss), and take a college teaching position in the town that’s also home to his idol, a Philip Roth-ish author, played by Jonathan Pryce.

There’s of course some comedy to be had in watching someone be so self-entitled and egocentric, and like I said, Schwartzman is a master at it. But when you live in San Francisco, you can’t spit without hitting someone just like him every day. Not sure I need to pay to see it. 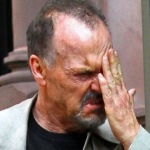 Michael Keaton pokes fun at his Batman past in this meta comedy about an actor best known for playing a superhero who tries to make a comeback by directing and starring in a stage version of the Raymond Carver book What We Talk About When We Talk About Love. It looks very surreal, and is getting great reviews. Director Alejandro González Iñárritu (21 Grams; Babel) has a tendency to make convoluted movies for the sake of convolution, but if he refrains from that here, this could be his best movie yet. 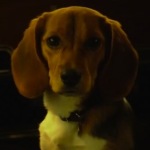 Keanu Reeves stars in this action film that my editor will never see because a dog dies in it. Now, that might seem like a spoiler, but that’s the plot of the movie: John Wick is a hitman who seeks revenge on the assholes who killed his dog. (For fellow moviegoers who hate to see animals come to grisly demises in their entertainment, perhaps the web site Does the Dog Die? can help with any future movie-going choices you might make.)