Weekend Watch: Nightcrawler, Before I Go To Sleep, Laggies, Horns

No, this is not another X-Men spinoff. This is a thriller starring Jake Gyllenhaal as an “underground crime journalist” obsessed with getting to the where the story is before anyone else does. And this sometimes means standing by and watching crimes as they happen, camera in hand. Because a great murder story beats an act of bravery any day, right? 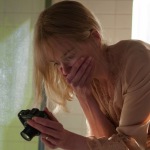 Before I Go To Sleep – Everywhere

Nicole Kidman is an amnesiac who wakes up every morning with no memory of the day before. But through a series of notes and videos she leaves herself, she begins to suspect something may be seriously messed up with her marriage, and her husband (Colin Firth) may, in fact, prefer that she just never wake up at all. So, kind of like a really depressing version of 50 First Dates. 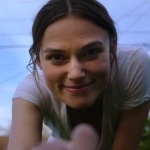 Chloe Grace Moritz plays a high school student who befriends a young woman, (Keira Knightley), who is desperate to hide out from life for a week or so. Luckily, Chloe’s got a single dad at home, (Sam Rockwell), who doesn’t seem to mind taking in slackers, at least when they look like Keira Knightley.