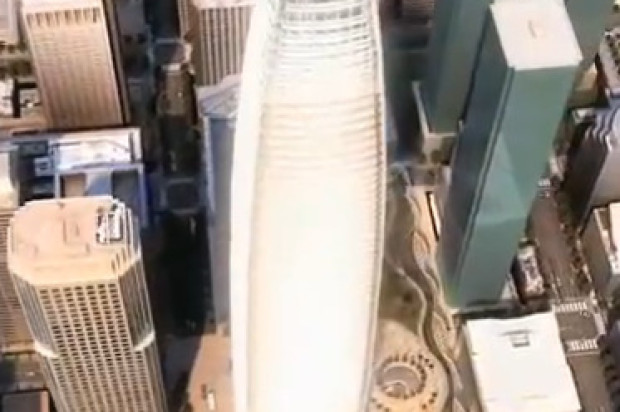 The San Francisco Board of Supervisors voted unanimously on Tuesday to levy a tax on developers who are now threatening a lawsuit over a project to build up the area surrounding the Transbay Terminal in the city’s South of Market neighborhood.

The board authorized the establishment of the Transbay Transit Community Benefits District, based on 2014 assessed property values, to help fund the under-construction Transbay Transit Center project, which includes an underground Caltrain extension from Fourth and King streets and creation of a station for the state’s future high-speed rail.

According to the San Francisco Planning Department, the Transbay Transit Center project depends on taxes from the increased value of the area to generate funds for its construction of the transit infrastructure.

The regional transit center will replace the former Transbay Terminal at First and Mission streets and is expected to cost about $4.5 billion, according to the Transbay Joint Powers Authority’s website.

In 2006, about two years before construction on the project began, a Mayor’s Interagency Working Group decided to raise certain height limits for projects in the area, thereby increasing development potential.

The developers have previously agreed to participate in the community benefits district, said Adam Alberti, a spokesman for the Transbay Joint Powers Authority, which is overseeing the project.

However, the higher value of the properties is now causing the developers in the area to object to the higher proposed taxes and they are threatening a lawsuit.

Alberti said the law that authorizes the establishment of the district, known as a Mello-Roos special tax, is designed to obtain community funding for public services such as transit infrastructure.

Developers, property owners and public utilities that own the land that makes up the area surrounding the transit center must vote by Dec. 29 on whether or not to accept the terms of the Transbay Transit Community Benefits District, Alberti said.

Some of the developers who will vote on the tax are Hines, Boston Properties, Kilroy Realty Corp., and Jay Paul Co., among others.

Alberti said the increased height zoning of the new developments, in addition to an improvement in the economy and tech companies racing for property, has a lot to do with why the tax burden is so much larger than originally estimated when the developers first signed on.

If the developers vote down the Transbay Transit Community Benefits District, the board could decide not to issue certificates of occupancy or future permits, Alberti said.

The Board of Supervisors pushed ahead with the tax Tuesday because the developers had already signed on to pay it, according to Alberti.

He said no lawsuits on behalf of the developers have been filed so far.