City to Upgrade Twelve Buses Thanks to Federal Grant 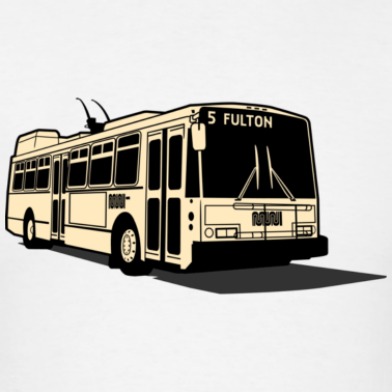 San Francisco will add 12 new buses to its transportation fleet by next spring, thanks to a $9 million grant from the federal government.

The funding will pay for new 60-foot-long buses, the longest that Muni operates, to replace 40-foot buses on the 38-Geary, 14L-Mission Limited, 9-San Bruno and 8X-Bayshore Express lines, according to Kristen Holland, public relations officer with the San Francisco Municipal Transportation Agency.

“Transportation is a key to success for everyone in this city,” Mayor Ed Lee said, speaking from a podium above the 24th Street Mission BART station this afternoon as the street bustled with buses, cars and pedestrians behind him.

The money comes from the Federal Transit Administration’s Ladders of Opportunity Initiative, a $100 million fund to support transportation improvements that will allow residents to access economic opportunities and climb into the middle class, according to U.S. Transportation Secretary Anthony Foxx.

“In too many corners of America, the connections people need to the growing economy are limited,” Foxx said. “If someone depends on the public transit to get to a job, and they miss the bus because it’s too crowded, that may be an opportunity lost.”

With Muni ridership at an all-time high at close to 750,000 people a day, and the city only growing, investing in transit is crucial, Lee said.

“Transportation in San Francisco is the big equalizer,” Lee said. “On the same bus, there will be a CEO or some Nobel Laureate going to Mission Bay and a restaurant worker or a hotel worker.”

The new buses will be added to large, cross-town routes and routes that connect to BART, Holland said.

“We serve a disproportionate number of low income folks who rely on MUNI,” SFMTA Director of Transportation Ed Reiskin said. “They are impacted by the size and quality of our fleet.