Weekend Watch: The Trip to Italy, Ghostbusters, As Above So Below, The November Man, Love Is Strange

The Trip to Italy – Embarcadero

Sequel to 2010’s The Trip, starring Steve Coogan and Rob Brydon as fictionalized versions of themselves taking a road trip through the Italian coast, sampling various hotels and gourmet meals. If you saw the first one, and liked it, you’re going to like this one, too. In fact, I liked this one a bit more, but maybe that’s just because I prefer Italian food and scenery over the offerings of the U.K.

The same might hold true for those who did not like that first movie (who are you?). This one features Coogan and Brydon dueling with their Michael Caine impressions right off the bat, and there are plenty more impressions and vocal shenanigans to follow. If you didn’t find that funny the first time, you won’t this time either. This one also kind of takes the roles of the two men and switches them, making Brydon a bit of a jerk, and Coogan the sympathetic one. (Some might not be able to forgive Brydon’s transgressions.)

An argument can be made that since The Trip to Italy is, like The Trip, an edited version of the six episode series that aired in the U.K., it should be passed up in favor of a viewing of the series. However, the series isn’t as of yet (legally) available here. Director Michael Winterbottom is responsible for all versions–it’s not like it was taken by the studio and chopped beyond recognition. I prefer to think of the movie version as a nice little amuse bouche; something tasty to consume before the banquet of an eventual DVD release of the series.

Speaking of eating, don’t see this hungry. Or, if you do see it hungry, have a firm plan to eat Italian food after the movie. I mean it. A firm plan–otherwise, out of desperation, you may find yourself at Fuzio across from the Embarcadero theater because you can’t think of any other place to go and goddammit you need some pasta in your face ASAP, even if it is mediocre pasta (at best). The Embarcadero is walking distance from North Beach. Make a reservation at Tosca, or any of the other amazing Italian eateries out there, order four courses, some good wine, and savor every bite. (Michael Caine impersonations are optional.)

What?! Ghostbusters?? In theaters? Yes! It’s the movie’s 30th anniversary, so it’s having a limited run in theaters this week. It’s too bad I can’t see it at the same theater I saw it at 30 years ago, (that would be the Northpoint), especially because it’s very likely that old haunt is, indeed, haunted at this point. 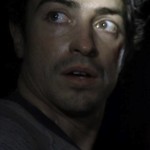 As Above, So Below – Everywhere

Found footage horror movie about the catacombs beneath Paris. Whatever, Ghostbusters is playing next door, and I’d prefer to watch a ghost movie that doesn’t look like it was filmed by someone whose hand is perpetually shaking in terror.

Pierce Brosnan as an ex-CIA agent who is too old for this shit, but still comes out of retirement for one more case: protecting a key witness. Who is female. And beautiful. And maybe kind of dangerous. He’ll be wielding more than a gun before the end of the movie IF YOU KNOW WHAT I MEAN AND I THINK YOU DO.

Love Is Strange – Kabuki and Embarcadero

John Lithgow and Alfred Molina star as a couple who, after 39 years together, are finally able to get married in New York City. What should be a happy event eventually turns their lives upside down, as they are forced to move out of their apartment and try to adjust to an entirely new life. Marriage: Everyone should have the right to avoid it like the plague.