Weekend Watch: Guardians Of The Galaxy, Get On Up, Happy Christmas

Guardians of the Galaxy – Everywhere

I’ve said more than once before that I was a DC girl growing up, so the Marvel comic on which this is based is completely foreign to me, and I had never even heard of it–even though it launched in 1969–before the arrival of this movie. That said, it looks more fun than any Marvel movie I’ve yet to see (save, perhaps, for The Avengers), Vin Diesel does the voice of a tree, Bradley Cooper is a raccoon, and Chris Pratt’s abs are in it. In other words, get the hell out of my way so I can go get in line right now with the rest of the world! 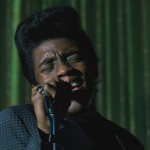 Get On Up – Everywhere

Chadwick Boseman, who earlier this year starred as Jackie Robinson in the biopic 42, returns to the genre to star as James Brown in this film from the director of The Help. Here’s the things with biopics: If you already know about the person, you’re probably going to be annoyed by what the movie leaves out. And if you DON’T know about the person….you’re probably going to wonder about what the movie left out. So, if you aren’t a James Brown fan, have fun watching the movie, and then reading Wikipedia. 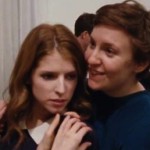 Mumblecore king Joe Swanberg is back with another low budget comedy/drama about normal people doing normal things. I tend to prefer mumbleGORE over the less bloody variety of the filmic movement, but, alas, no one gets chopped up with an ax in this one. Anna Kendrick stars as Swanberg’s younger sister, who moves in with him, his wife (Melanie Lynskey), and their new baby after a break-up. Lena Dunham, perhaps the biggest star to have dabbled in the “genre,” has a bit part in it as well. Note: Director Swanberg will partake in a live Skype interview after the 7PM showing tonight at the Roxie.