Weekend Watch: Frank, Sin City: A Dame To Die For, To Be Takei, If I Stay, When The Game Stands Tall, The One I Love

When I first heard of the movie Frank, back when it played the SFIFF, I thought it was a pretty insane concept for a movie: Michael Fassbender as the lead singer of an indie band who is always–always–wearing a giant paper mache head? I mean, ridiculous, right? Turns out, yes, it’s still kind of ridiculous. But it’s also partly based on fact! Writer Jon Ronson, (who is hilarious; read his books), was recruited in the 90’s to join up with the band backing Chris Sievey, AKA Frank Sidebottom, a man with a giant paper mache head. Ronson later wrote about his experience, and that article has been adapted into the fictionalized Frank.

Alas, aside from the singer with the giant fake head, much of Frank is standard rags-to-near-riches-to-rags storytelling, with the indie band making terrible music, going viral, getting booked at SXSW, and then imploding. Michael Fassbender does a pretty good job of acting without a face, and Maggie Gyllenhaal is suitably pissed off and passionate as one of the band’s keyboardists. And when you have a guy wearing a giant head, bits of slapstick are bound to happen; whether or not that counts as comedy depends on where you stand on the slapstick front, (I am vehemently pro). It’s just too bad much of the music in the film, (aside from a great closing number), is entirely forgettable, and the answer behind the mystery of Frank and his head is a bit of a let-down.

Frank Miller’s Sin City: A Dame to Die For – Everywhere

I just can’t with the Sin City. Sure, I love a lurid, hardboiled story. And the ultra stylized approach is definitely unique in the comic book movie genre. But giving women guns and the ability to kick ass doesn’t negate the fact that they’re all either Madonnas or whores. Boys, have fun watching those tits in 3D. I’ll be next door watching a documentary about an aging Japanese gay man. 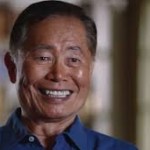 To Be Takei – Sundance Kabuki

Because, we all want to be George Takei a little bit, don’t we? This documentary will tell you everything you ever wanted to know about Sulu, and then some. From his childhood in a American Japanese internment camp during World War II, to coming out at the age of 68, there’s more to know about George Takei than can be found in his wildly popular Facebook updates. 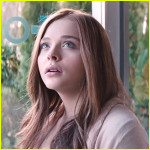 If I Stay – Everywhere

Another movie based on a young adult novel about a dying teen. This time, it’s a teenage girlfriend in a coma who, hovering between life and death, must decide if she wants to continue to live a difficult life, or follow Carol Anne into the light. Chloe Moretz stars. 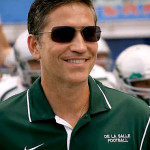 When the Game Stands Tall – Everywhere

The One I Love – Presidio

Elizabeth Moss and Mark Duplass as a couple who follows the advice of their marriage counselor, checking into a romantic estate that has a remarkable rate–100%!–of fixing ailing relationships. There’s certainly nothing fishy going on there, right?!