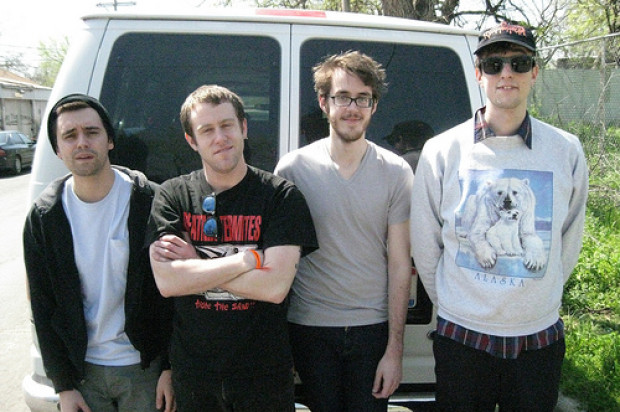 Cleveland rockers Cloud Nothings are at the top of their game with a critically acclaimed new album and a tour that’s taken them to Bonnaroo and beyond. Their latest release, Here and Nowhere Else, shifts their sound towards slightly sparser territory, with frontman Dylan Baldi assuming the role of both rhythm and lead guitarist. That swapping back and forth of roles makes for a whirlwind of sound that is as explosive as it is catchy.

The band is even stronger in their live shows. It’s not uncommon for moshing to start up just as the band is picking up their guitar straps, picks, and drum sticks. Crowd-surfing is the norm and high energy is the pace. Kick off your week with an explosion of energy this Monday when Cloud Nothings takes the stage at the Great American Music Hall.