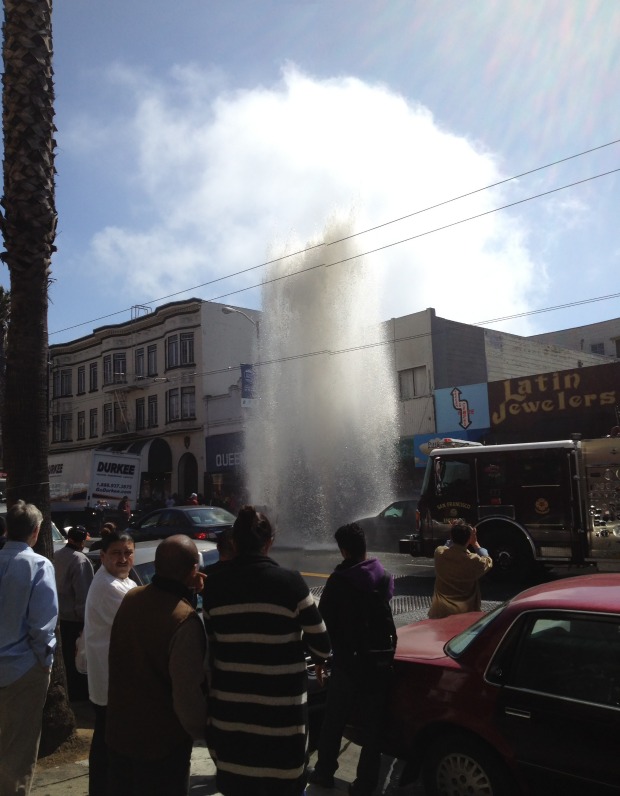 A truck backed into a fire hydrant, sending water gushing several feet into the air in San Francisco’s Mission District this afternoon.

As of 4:10 p.m., water had been shut off to the hydrant, which was removed, Talmadge said.

Jeff Hanford, the general manager at Cha Cha Cha restaurant at 2327 Mission St., said water was spewing from the broken hydrant up more than two stories.

As the water continued to gush, Hanford said the street and gutters were flooded and water pooled at least 8 inches deep at the intersection of Mission and 19th streets.

Hanford said he noticed one man whose shoes and feet got soaked during the brief flooding.

According to San Francisco Municipal Railway officials, the incident briefly affected service on the 14-Mission and 14L routes, along with the 49-Mission/Van Ness bus line.