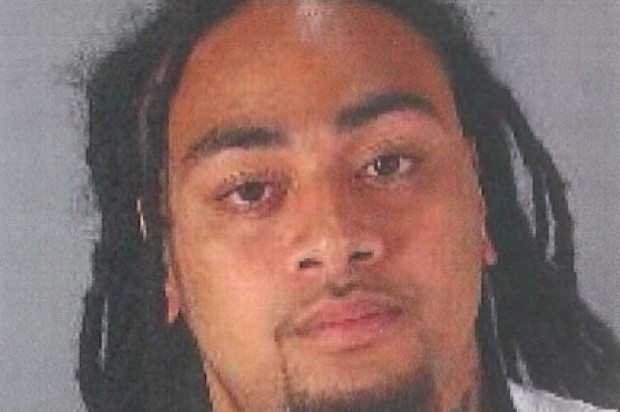 Michael Green (pictured above), 24, of San Mateo, was arrested Friday in Florida with the help of Miami police and the Florida Department of Law Enforcement. He will be extradited to San Francisco on suspicion of murder and attempted murder, San Francisco police said.

Green’s arrest stems from the Nov. 17 shooting that killed Sacramento resident Melquiesha Warren and seriously injured another woman. The shooting occurred after a small traffic accident in a parking lot near Sixth and Jessie streets around 2:10 a.m., police said.

The shooting occurred after Warren and her group of friends had gone to a nearby nightclub. While saying goodbye, Warren and her passenger got into a traffic accident in the parking lot, according to police.

After a woman tried to open Warren’s driver’s side door, Warren got out of the car and appeared to attempt to calm down the woman, who was visibly angry, police said.

Green allegedly then confronted Warren with a gun and shot at her and her passenger, police said.

Warren and the passenger were taken to San Francisco General Hospital, where Warren succumbed to her injuries.

The other woman suffered life-threatening injuries and was released from the hospital weeks later, according to police.

Warren had graduated from Sacramento State with a criminal justice degree in 2012.

Police had been searching for Green since November, when he was identified as the alleged gunman.