Appealing TV: 24, Penny Dreadful, and In The Flesh 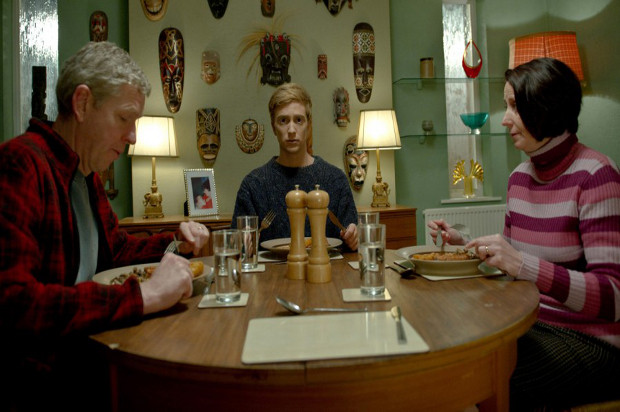 My first television column for the SF Appeal went up on May 6, 2013, making it a year since I first started writing here, and I’m really glad to have been able to be given an opportunity to write about television on a platform for other people to read. Now if you excuse me, I’m going to wait for Terry Crews to be officially installed as the official host of Who Wants to be a Millionaire.

Monday, May 5
2 Broke Girls (8pm, CBS, season finale)
Blink and we’ll all be talking about 2 Broke Girls’ tenth season finale in a few years. Also hey, was the Kat Dennings shirt Matt Jones (Breaking Bad’s Badger/Xfinity commercial person) wore on his guest spot on Broad City an actual thing that I can buy with like, my money or something? Worst case, I could just write KAT DENNINGS on a blank t-shirt and have it convey the same effect, I guess.

24: Live Another Day (8pm, FOX, season premiere)
Jack Bauer is a highly advantageous name for those who write copy regard comebacks. You can write “Jack is back” or “Bauer is back” and both have a snappy rhyme scheme or alliteration. Regardless, in a post “time is a flat circle” landscape Jack Bauer still fares well, as in the 24 universe there is never enough time. Prepare for twelve episodes of that, random terrorism, assassination, and wonky world-ending implications that only Bauer can handle. Also, neo-con pornography. Only this time, in London (not unlike the Bradys’ trip to Hawaii). Note: Chloe is a an anagram of Cohle.

Louie(10pm, FX, season premiere)
After a 19-month hiatus, The Best Show on TV ™ returns for another season of truly artisanal television. As pointed out before, it’s a disservice to to call this a sitcom. Instead, think of Louie as a series of short films and vignettes that can range from the crude to the heartfelt, to scathing to crude and heartfelt again, all from the mind of Louie C.K. who serves as, according to the official FX site, creator, executive producer, writer, director, and editor of the show.

Tuesday, May 6
New Girl (9pm, FOX, season finale)
The season three return of Damon Wayans Jr (late of the canceled before its time Happy Endings) only solidifies New Girl as the de facto ‘late 20’s-early 30’s something people doing pratfalls, cracking wise, and making pop culture references sitcom.’ Which is great, given its season one ‘adorakable’ positioning. A smart pivot!

Small Town Security (11pm, AMC, season premiere)
There comes a point in reality TV shows that depict those on the fringe when it becomes an exploration of how fame has affected the now self-aware participants (see: people on reality shows mentioning comments on Facebook or something). What started as a show about a mom-and-pop security firm in nowhere Bible Belt Georgia has sort of become a real life Tim and Eric sketch, or maybe it possesses an artisanal stupidity? (Hi, I hate myself a little bit more for using the terms artisanal twice in the same article to discuss television shows.)

Two and a Half Men (9pm, CBS, season finale)
What is about this show that drives its stars to renounce it and go on tirades about it? First Charlie Sheen, then Angus T. Jones (the half man) went on record saying the show was filth and that it contradicted his moral values.

Comedy Bang! Bang! (10:30pm, IFC< season premiere) Is it a talk show? Is it a sitcom? Is it sketch comedy? Is it Reggie Watts as a band leader? All yes! And all no! (Except re Reggie Watts as band leader, that is immutable.) But the television adaptation of the Scott Aukerman podcast has mutated into its own beautiful beast on IFC, and needs to be experienced rather than talked about.

Saturday, May 10
In The Flesh (Season Two) (10pm, BBC America, season premiere)
In The Flesh, beginning its second season tonight, concerns itself with the dead coming back to life. After a bloody upheaval, the dead are integrated amidst the living population after donning contact lenses and makeup, and taking medication to suppress their feral instincts. Of course that would give rise to tension among those who are still living, in the living sense of the word. Shoutouts to BBC America for providing Saturday night programming that doesn’t involve women who date online and the men who aren’t what the say they are or Judge Reinhold acting against a badly computer animated one hundred foot snake.

There is a science fictionesque allegory to be made about man’s the constant and rampant repackaging of things from our past. How we’re all just content with looking at ourselves in the past instead of looking towards the future or trying anything new, and because of that our civilizations continue to fall. ANYWAY. Zoe Saldana stars in this re-adaptation AND miniseries event, which at this point is all I can really ask of anything.

Penny Dreadful (10pm, Showtime, series premiere)
The horror series created and written by John Logan (who wrote Skyfall) got a lot of shine during its debut during the Winter TCAs. Featuring Timothy Dalton, Eva Green, Billie Piper, and forever teen heartthrob Josh Hartnett, Penny Dreadful will be weaving together the origin stories of Dr. Frankenstein, Dorian Gray, and characters from Dracula in a kind of literary horror version of the Avengers.