Jim Jarmusch has made a vampire movie, and if you’re familiar with the works of Jim Jarmusch, it’s pretty much exactly what you’d think a Jim Jarmusch vampire movie would be. Like characters in some of his best movies–Stranger Than Paradise, Down By Law, Mystery Train–his modern day vampire lovers, played by the already otherworldly Tilda Swinton, and Tom “Loki” Hiddleston–sit around, listen to records, live apart from boring humanity, talk obsessively about pop culture, (even if it’s sometimes pop culture from centuries ago), and look really while cool doing all of the above. Jarmusch movies tend to fall into two camps for me: the annoying, and the delightful. I’m happy to say, this falls into the delightful camp, and it definitely breathes some new (undead) life into the pretty played out vampire genre. 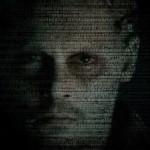 Johnny Depp is an artificial intelligence researcher who uploads his brain into a computer and then tries to take over the world. Or something like that. It can’t be much worse than The Lawnmower Man, right? I mean, Christopher “Every Nerd’s Man-Crush” Nolan executive produced it!

Try as they might, but these movies will never be as funny as even just five minutes from the first Airplane! movie. And believe me, they ain’t never gonna stop trying. 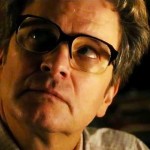 Period drama based on the true story of a British World War II officer who was captured by the Japanese and tortured in a POW camp. Years later he decides to find and confront his tormentor. Since this stars Colin Firth and not Sylvester Stallone, it’s safe to say that confrontation does not involve kicking the shit out of said tormentor.

Heaven Is for Real – Everywhere

Based on the book about that kid who says he died, went to heaven, and returned. When did “this movie is available for group sales” in trailers become code for “this movie is intended for Christian audiences”?