Search For Man Who Disappeared In SF Resumes Following Tip 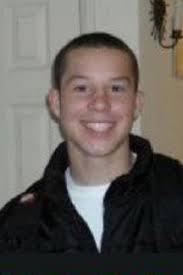 The search for a man missing in San Francisco since February 2013 has been re-energized this weekend after a possible sighting of the 21-year-old last week, a search organizer said this morning.

On Thursday, a woman said she saw Hughes on Haight Street, according to Rachel Jackson, founder of PPP Recovery, an organization that is helping the Hughes family with search efforts.

Other tips have since come in prompting search efforts in that area, she said.

A search was held Saturday at 4 p.m. and another search effort was scheduled to begin at 11 a.m.

Jackson said Hughes is believed to be with a female with blonde hair and he has visible tattoos on his arms.

He is believed to go by his “street name,” Chris and might have grown his curly hair long, Jackson said.

His family, including his mother who lives in San Diego, is concerned about Hughes’ mental health, Jackson said.

More information about the search is available online at www.facebook.com/HelpFindCrishtianHughes.