Let’s start with In Secret, because it stars two of my current crushes: Oscar Isaac and Jessica Lange. Oscar Isaac was completely robbed of an Oscar nomination for Inside Llewyn Davis, but sadly, I doubt this February release is going to nab him a nomination either. And Jessica Lange remains the only reason to watch any season of the batshit crazy “American Horror Story,” though she probably doesn’t fling anyone across a room with her witchy powers in this, (but I’m sure there will be plenty of withering stares). Based on the Emile Zola novel Therese Raquin, it’s a story of love and murder worthy of film noir, but set in 1860’s Paris. Elizabeth “Not a Twin” Olsen stars as Therese. 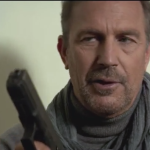 So, is Kevin Costner just in every movie now? I didn’t sign up for that! I mean, sure, he had his charms back in the 80’s (THE EIGHTIES I AM OLD), but now he just seems so…blah. Also, I thought Liam Neeson had a lock on this kind of part?: An international spy decides to give up the biz in order to spend more time with his estranged wife and daughter. BUT THEN ONE MORE JOB PUTS THEM ALL AT RISK. McG directs. (Obviously.)

This was supposed to be Japanese anime legend Hayao Miyazaki‘s final film as a director, but apparently, he threatens to retire a lot. Which is probably a good thing, because now when the directors of Frozen win the Academy Award for Best Animated Feature next month, they don’t have to feel bad that they robbed Miyazaki of his final Oscar.

The story is fantastical, of course, but is also based on the true story of Jiro Horikoshi, an aircraft designer whose planes were used by Japan during World War II. The movie was a HUGE hit in Japan. We’ll see how U.S. moviegoers take to it. 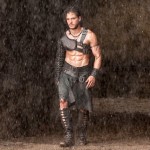 Another action packed piece of garbage from Paul W.S. “Not the Good Director” Anderson, in glorious, eyeball burning 3-D.