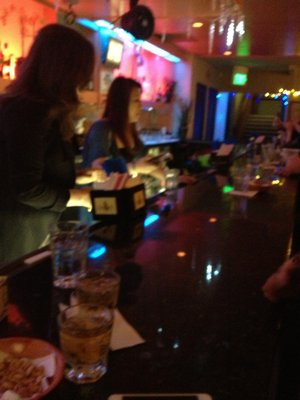 A San Francisco bar had its alcohol license temporarily suspended Thursday after authorities discovered the bar was allegedly involved in illegal drink solicitation.

The illegal drink solicitation and commission scheme involved bar servers who placed a surcharge on alcoholic beverages in exchange for keeping male patrons company, according to Carr.

Such practices can result in the over-service of alcoholic beverages to customers, Carr said.

One employee was also arrested on suspicion of soliciting an act of prostitution, and another employee was referred to the San Francisco County District Attorney’s Office for possible prosecution for pimping, according to Carr.

Under the terms of the stipulated decision, the license has been suspended for 60 days, which means no alcohol can be sold or served during that period.

If similar violations occur within the next three years, the ABC has the authority to revoke the license.