Do You Know These Muni Vandals? 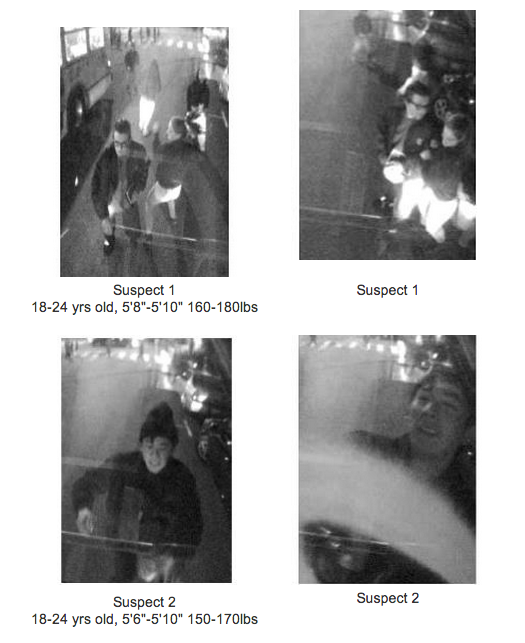 San Francisco police are asking for the public’s help in identifying two people who vandalized a Municipal Railway bus in the heart of the city’s Haight-Ashbury neighborhood last month.

The incident occurred at about 9 p.m. on Dec. 20 at Haight and Ashbury streets, where the 37-Corbett Muni bus was stopped at a red light, according to police.

A large crowd that had apparently spilled out of an event at a nearby retail store surrounded the bus, with people yelling and banging on the windows, police said.

Several windows were shattered, and the bus was also marked with graffiti, police said.

Investigators today released images (you can see them above) of two of the suspected vandals taken from surveillance video footage of the incident.

Anyone with information about the identities of the suspects is asked to call the department’s anonymous tip line at (415) 575-4444 or send a tip by text message to TIP411 with “SFPD” in the message.