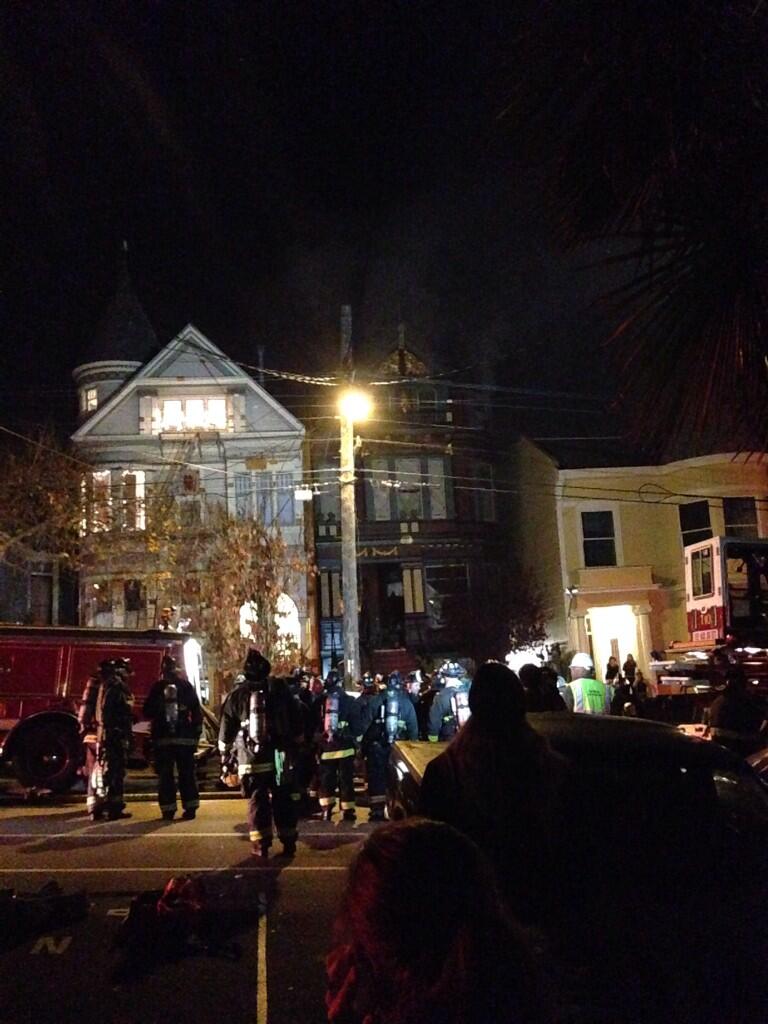 11:02 AM 12/26: A three-alarm fire at an apartment building in San Francisco’s North of Panhandle neighborhood on Wednesday night sent two residents to the hospital with life-threatening injuries, a fire spokeswoman said.

Crews initially had trouble accessing the roof because it was obstructed by wires. They eventually reached the roof and opened it up to ventilate the blaze, fire department spokeswoman Mindy Talmadge said. The fire was controlled at 9:39 p.m.

Two adults were critically injured in the fire and are being treated at a hospital this morning for serious burn wounds, she said.

The blaze, which remains under investigation, caused an estimated $350,000 in damage to the building and destroyed $150,000 worth of contents, Talmadge said.

More than 100 firefighters responded to the fire, and some crews monitored the site overnight, Talmadge said.

10:19 PM: Fire crews have contained a 3-alarm fire that injured two people and displaced two others tonight at a three-story Victorian building near Golden Gate Park, according to the San Francisco Fire Department.

The Red Cross is helping two residents of the building at 618 Baker St. find alternative housing and firefighters remain at the scene, a Fire Department dispatcher said.

Firefighters were called to the blaze at 8:52 p.m. tonight on Baker between Fulton and McAllister streets.
The conditions of the two injured victims are not yet known, according to the Fire Department.