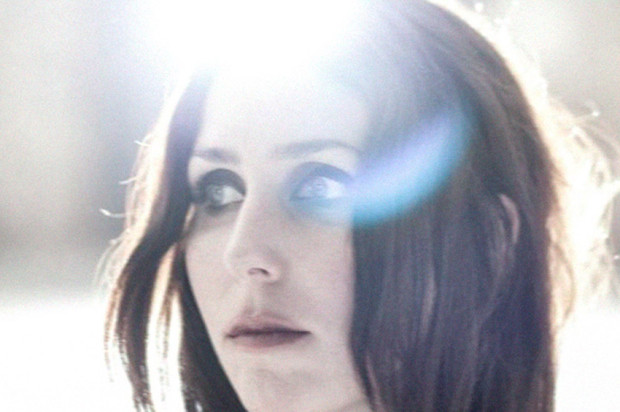 San Francisco is not quite a homecoming for Chelsea Wolfe but not quite as strange a land as, say, the Portuguese festival show she’ll be playing later in her tour. Growing up in Sacramento, the singer-songwriter was surrounded by music, thanks to her audiophile father. His recording studio, many bands, and his undying love of music contributed heavily to Wolfe’s initial growth as an artist.

As she began to get more comfortable in a studio, so she began experimenting with loops, electronics, and her signature haunting vocals, initially covering Fleetwood Mac songs then slowly forming her own material. Friends encouraged the shy musician to pursue her passion and before Wolfe knew it, her debut album had been unleashed. With the commercial success of follow-up LP Apokalypsis, it soon became clear that Wolfe was destined for even more once she left the state capital.

“Sacramento was a good place to take my time but it’s great to be in a new place where people are more motivated,” Wolfe tells the Appeal.

“There are more positive people in LA and Sacramento can be really close-minded. I like Northern California a lot though. I remember going to SF a lot as a kid and I played there a lot when I first started.”

Chelsea Wolfe is set to return to the city by the bay tonight, where she’ll be playing at the Great American Music Hall. As a general rule, Wolfe wants you to be as present as she is once she takes the stage. A previous performance on her Pain is Beauty tour proved difficult thanks to unengaged fans, though Wolfe soldiered on despite major breaks in her concentration. You’d have been hard-pressed to tell if there was anything more going on with Wolfe than her internalization of each softly held note.

“I must put on a pretty good game face because I was having a bit of a hard time,” Wolfe explains.

“A group of people were talking in the back and it was really distracting. It’s hard not to notice. I just tried to focus on the people up front, where they’re singing along and it feels like they’re enjoying the show and want me to be on stage. I feel like I can draw good energy from that.”

Additional means of power come from fashion. For her current tour, a wooden ring with red cork adorns one of her slim fingers as a nod to both the color scheme of Pain is Beauty’s album art and an expression of appreciation to a designer friend.

Last year, Wolfe wore a unique piece from Japanese artist Aoi Kotsuhiroi made of leather and horns. “I usually find something for each tour and I end up wearing it almost every night. I enjoy dressing up even though I’m basically dressing up for work each night,” Wolfe says.

Wolfe admits she never imagined that becoming a musician would become her livelihood and greatest creative outlet. Support from friends and family helped her immensely and Wolfe is making sure to give back to similar Sacramento artists, as Sac Town band Screature will be opening for her tonight. As for what you can expect from Wolfe, 2013’s Pain is Beauty tour has been overflowing with new material.

“For our set lists, we usually come up with things the day of the show. There’s usually some sort of structure beforehand that we stick to, where I’m playing songs I’m more comfortable with or that I’ve really enjoyed,” Wolfe says.

“We’ve been playing a lot of songs from the new album and it’s good to switch around to doing more electronic stuff.”