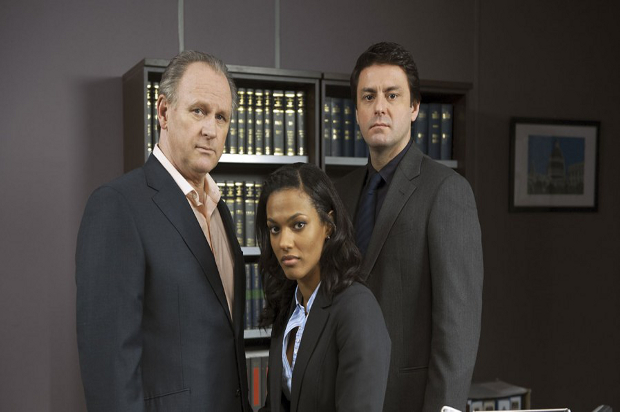 As you may have heard by now, dear Appealing TV reader, the 29th season of the formerly groundbreaking docu-reality series, The Real World will be returning to San Francisco. The babies who were born around the time that The Real World was first in San Francisco are now 19 years old. Free feel to have your flailing existential crisis before finishing this week’s Appealing TV.

After a season that brought us Pedro Zamora, I can only imagine that The Real World’s return trip to San Francisco will bring with it a montage of people typing away on their laptops in coffee shops, getting kicked out of bars in the Marina, and bussing into Mountain View.

If I may humbly suggest to Bunim/Murray Productions, the long-standing production company behind the Real World, could Real World San Francisco 2: Nobody Here Calls It Frisco (Harder) just be a season’s worth of Peter Shih getting kicked out of bars at two in the morning and being forced to use Uber? Also, making disparaging local sports team puns about women.

As an Oakland lifer, I’m just glad it’s not Real World: Oakland, ’cause I’d fear they’d try to do what they did with the Real World Brooklyn season.

(This week on Appealing TV, every show listed is a finale. Because I will go to unreasonable lengths to make a half-joke that I think is funny.)

Monday, August 26
Get Out Alive With Bear Grylis (9pm, NBC, season finale)
I would catch a couple of minutes of this after American Ninja Warrior on Mondays, being too lazy to change the channel. Get Out Alive contains the relationship-duo dynamics (in Bear Grylis branded survival wear, natch) of The Amazing Race, with the survival challenges of Man vs. Wild. Not sure if anyone had to drink their own urine.

Tuesday, August 27
Pretty Little Liars (8pm, ABC Family, season finale)
The following is a direct transcription of the neural processing my dome piece makes when distinguishing various ABC Family shows. “Hey, which one is Secret Life of the American Teenager, and which one is Bunheads, because I have got to get me some of that sweet, sweet spiritual successor to Gilmore Girls going on. Shoutouts to Sookie, shoutouts to Amy Sherman-Palladino, I wonder what Rory is doing nowadays.”

Wednesday, August 28
Law & Order: UK (9pm, BBC America, season finale)
In the ultra-rare case of an American show being ported over for UK audiences, Dick Wolf brought his brand of justice-in-an-hour to the UK. Jamie Bamber (Battlestar Galactica) is in the ensemble, and I’m not sure if there are scenes of him shirtless, as once Battlestar Galactica went downhill, shirtless Jamie Bamber was one of the few things to look forward to. Aside from Fat Apollo .gifs.

I’m sure with it being produced in the UK, L&O: UK is way classier than the original US series. I mean, did you know that TLC’s The Man With the 132 Pound Scrotum was originally aired in the UK under the moniker The Man With 10-Stone Testicles? How classy is that? They even got some alliteration in there!

Thursday, August 29
Fight Master: Bellator MMA (11pm, Spike, season finale)
No, this isn’t like the other reality show that also has fighters who live in a house competing for a contract for the UFC that was on Spike from 2005 to 2011. This is the show that has the fighters who live in a house who are competing to win a spot in Bellator’s upcoming welterweight tournament. The preceding sentence only made sense to three of you. I accept that.

Friday, August 30
Continuum (10pm, SyFy, season finale)
Season two of the Canadian time travel procedural wraps up tonight. I watched the pilot, but couldn’t take it seriously after the protagonist (cop from 2077-era Vancouver who accidentally travels back in time to 2012-era Vancouver to catch a terrorist cell bent on changing the past) mentions that she is a transfer from Portland’s gang unit. That is her cover story to the present day police officers who question her origins. I laughed and laughed and laughed and laughed. Upon further research, I did learn that Portland actually has a gang unit. I should travel more.

Saturday, August 31
Bizarre ER (10pm, Health, season finale)
All I can tell you is that a Bizarre ER is way worse than a Bizarre Love Triangle. The depths I will go to in order to keep this finale theme going this week. Almost there.

Sunday, September 1
Rock my RV With Brett Michaels (10pm, Travel, season finale)
Because Breaking Bad has five more episodes left, and no way in hell am I breaking the finale streak now; I’ve come too far, lost too much, damnit. And it’s either this or the season finale of La La’s Full Court Life on VH1 (10pm) or Sunday Best on BET (9pm).

If you would have guessed that Rock my RV with Bret Michaels will have your yearly recommended allowance of Bret Michaels and/or RVs, you would be correct. On tonight’s episode, they’re giving away a totally epic RV! It says so in the title of the episode! Maybe the winner of said epic TV could use it to retrace the path the first season of Road Rules took. Just like what Lewis and Clark did.

Given that Britton was in both iterations of Friday Night Lights, of course, the entire Friday Night Lights: The TV Show: The Movie script will have to be about Britton reconciling the characters she played in the 2004 film, along with the 2006 series. Of course, this would involve multiple universes and quantum mechanics. There is only so many seven minute post rock instrumentals that can soar over games of small town Texas high school football before the multiple universes start collapsing in on each other. We will learn that there are always three constants: A town, a team, and Explosions in the Sky. There will be nosebleeds, Oh, there will be nosebleeds.

It will definitively answer the question posed in the Friday Night Lights pilot: “Does god loves football?”

The post-credit sequence will feature characters from Parenthood.

(Yes, I may have just cribbed season three of Fringe/the premise of Bioshock Infinite)

– A Rambo TV series in talks, with Stallone possible to reprise the role of the Vietnam War veteran cum bipedal murder machine. I could imagine this as a riff on the original Incredible Hulk series. John Rambo is now a drifter, wandering from town to town, volunteering for advocacy groups for veterans living with PTSD. And invariably decimating the ranks of whatever local law enforcement agency of the town he finds himself in, usually in a slapstick comedic fashion. Every episode ends with him walking away very sad to piano music, and every episode is dedicated to the gallant people of Afghanistan.

– Robert Rodguiez is in talks to adapt El Mariachi, the 1992 film he made for $7,000 which launched his career, for audiences in Latin America on his upstart network, El Rel. What if the series was more of an anthology, and focused on musicians who were stuck in the same town the original El Mariachi, and are mistaken for assassins? Or whatever, let’s make it a game show where musicians compete against private military contractors in a killing/singing competition.

Hey Elmore Leonard, gonna try to be better about leaving out the parts that readers skip.