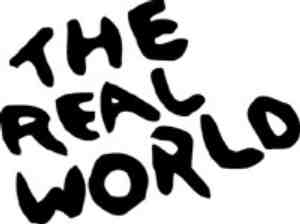 The MTV reality series “The Real World” will be returning to San Francisco for its 29th season, with filming expected to start at a converted Polk Gulch office building in the coming weeks.

The third season of the show followed eight strangers for several months at a home in San Francisco’s Russian Hill neighborhood in 1994.

The series is back in San Francisco to film for several months before airing in 2014, MTV spokeswoman Jennifer Solari said today.

Susannah Robbins, executive director of the San Francisco Film Commission, said the crew is about to start filming but declined to provide the location of the new “Real World” home.

According to David Villa-Lobos with the Polk Gulch-based nonprofit Community Leadership Alliance, he received a notice recently about filming happening later this summer near his building near Polk and Sutter streets.

City building records show a permit application for “reality” purposes for the building at 1244 Sutter St., which formerly housed the Avalon Ballroom where groups including the Grateful Dead, the Doors and the Steve Miller Band once performed.

Hank Wolny, owner of dance supply shop Foot Worship at 1214 Sutter St., said there have been rumors about the “Real World” cast moving into the building nearby.

Wolny said there have been construction crews remodeling the site at 1244 Sutter St. for the past few weeks.

The building is now office space. In July and earlier this month, permits were accepted to install temporary partition walls, plumbing, and a temporary kitchen and shower, according to records with the city’s Department of Building Inspection.

In the pioneering reality show series, strangers are filmed co-existing and working in a major U.S. or international city. The most recent season took place in Portland, Ore.