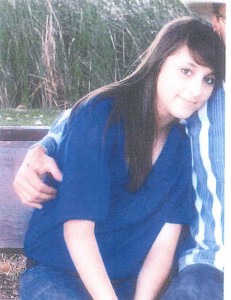 San Francisco police are asking for the public’s help in finding a 16-year-old girl who went missing on Monday in the city’s North of Panhandle neighborhood.

Gabrielle Spagnola was last seen around 3 p.m. Monday in the 2200 block of Hayes Street.

Spagnola is described as white, 5 feet 6 inches tall and about 120 pounds with brown hair and brown eyes, according to police.

At the time of her disappearance, she was wearing a blue jacket, blue jeans and black shoes, police said.
Anyone with information about her whereabouts is asked to call San Francisco police at (415) 553-1071.