A Report From The Hayes Valley Farm Occupation

San Francisco is currently undergoing an unusual and sometimes uncomfortable growth spurt. The San Francisco Business Times calls it “the biggest burst of apartment construction” since the early 1970s, set to “dramatically reshape San Francisco’s skyline, neighborhoods and politics.” Over roughly the next three years, almost 8,000 new apartments will be constructed in the city, mostly in dense projects — more than all the rental housing built over the last 15 years combined.

This story originally appeared in Grist

This city has traditionally been an outpost of entrenched NIMBY power, but local residents mostly seem to be welcoming the new construction. San Francisco has some of the lowest housing vacancy rates and the fastest rising rental prices in the country — the median rental price for a one-bedroom apartment in the city is now more than $2,700, and still going up. Many current and wannabe residents hope the new apartment boom will help level things off.

In the heart of the city, however, one group is fighting the boom, trying to save a patch of land they say represents a vanishing resource: urban farmland. 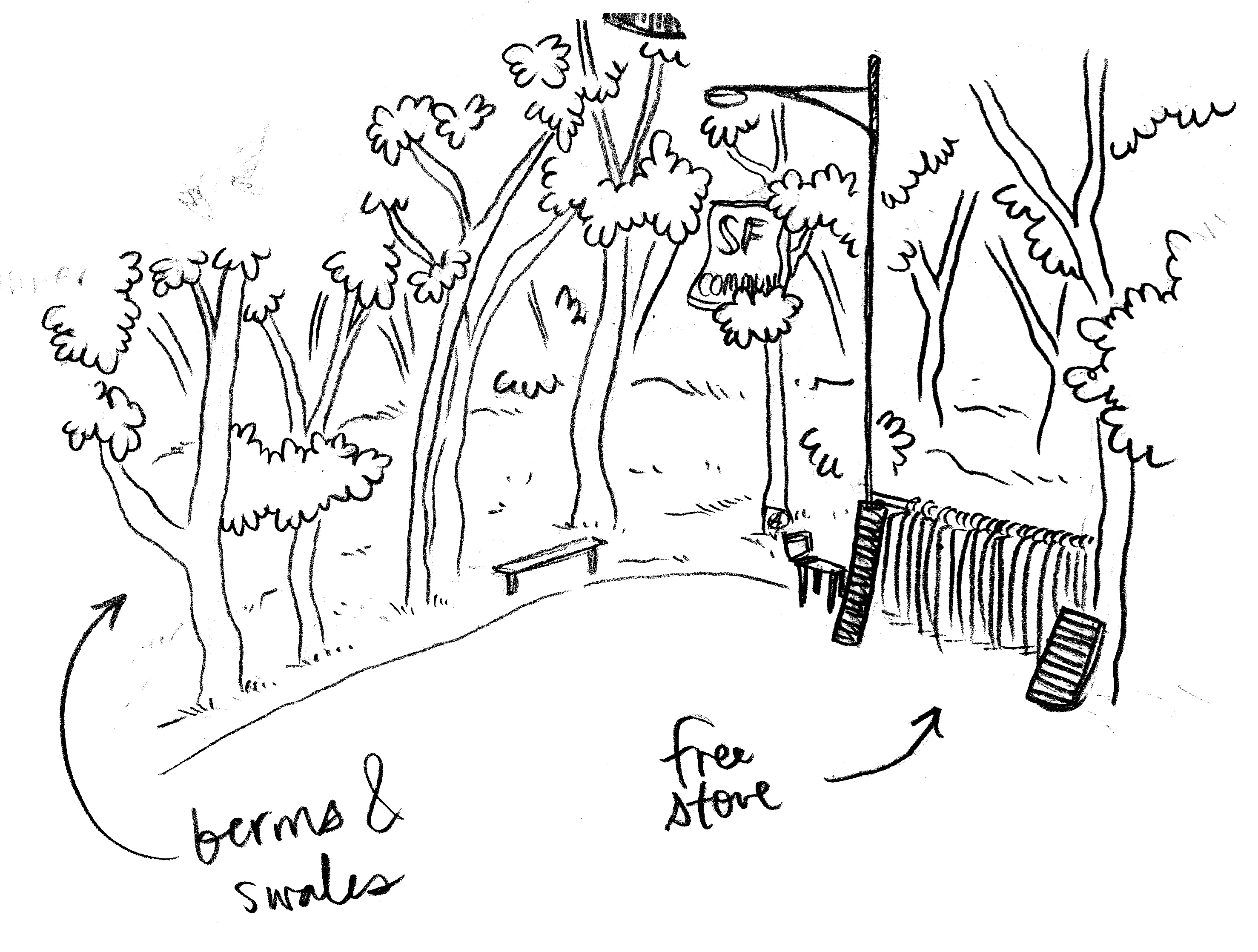 The site of the former Hayes Valley farm feels more like enchanted forest than urban agriculture. Hilly and framed by trees, the park was actually not meant to be either: San Francisco sold this plot of land to developers after removing a defunct chunk of freeway. Instead of leaving it empty for years during the lengthy planning process, the city and developers agreed to allow for some stop-gap urban farming. Since opening in January 2010, the 2.2-acre Hayes Valley farm was conceived of as a temporary experiment, “an education and research project with a focus on urban agriculture” that would utilize the space until retail and housing development moved in.

This kind of interim use and public-private partnership is the stuff of liberal urbanist dreams — but all dreams must end. With construction imminent, the Hayes Valley farmers vacated the land Friday, May 31.

On Saturday morning, a few dozen “Liberate the Land” activists marched in. 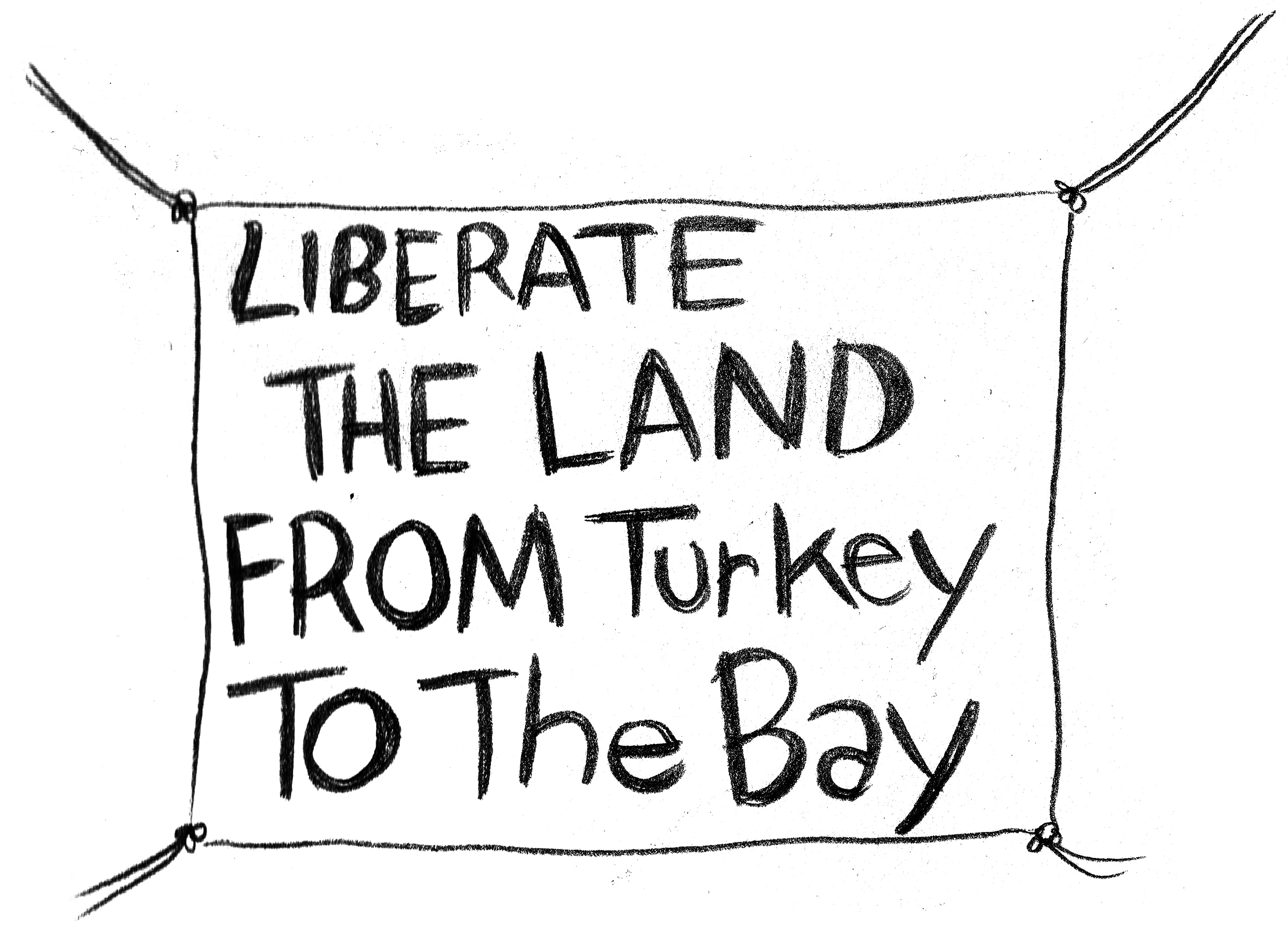 Emboldened and inspired by the ongoing cat-and-mouse guerrilla farming across the bay at Albany’s Occupy the Farm and by the uprising in a park in Turkey, the occupied farm was redubbed “Gezi Gardens.” 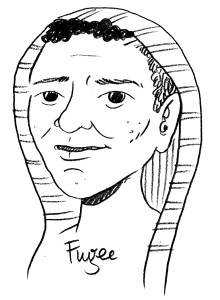 “We marched here after getting people together to have a dialogue about garden defense in the city,” one activist, “Fugee,” tells me. “There’s been so much development recently pushing out urban farms. We just wanted to see one of the last remaining spaces maintained.”

When I visited the farm, kale, collards, corn, and other seeds and starts were already in the ground, and soil on some of the north side of the park had been freshly constructed into berms and swales to more effectively conserve rainwater. There were plans to build a yurt. 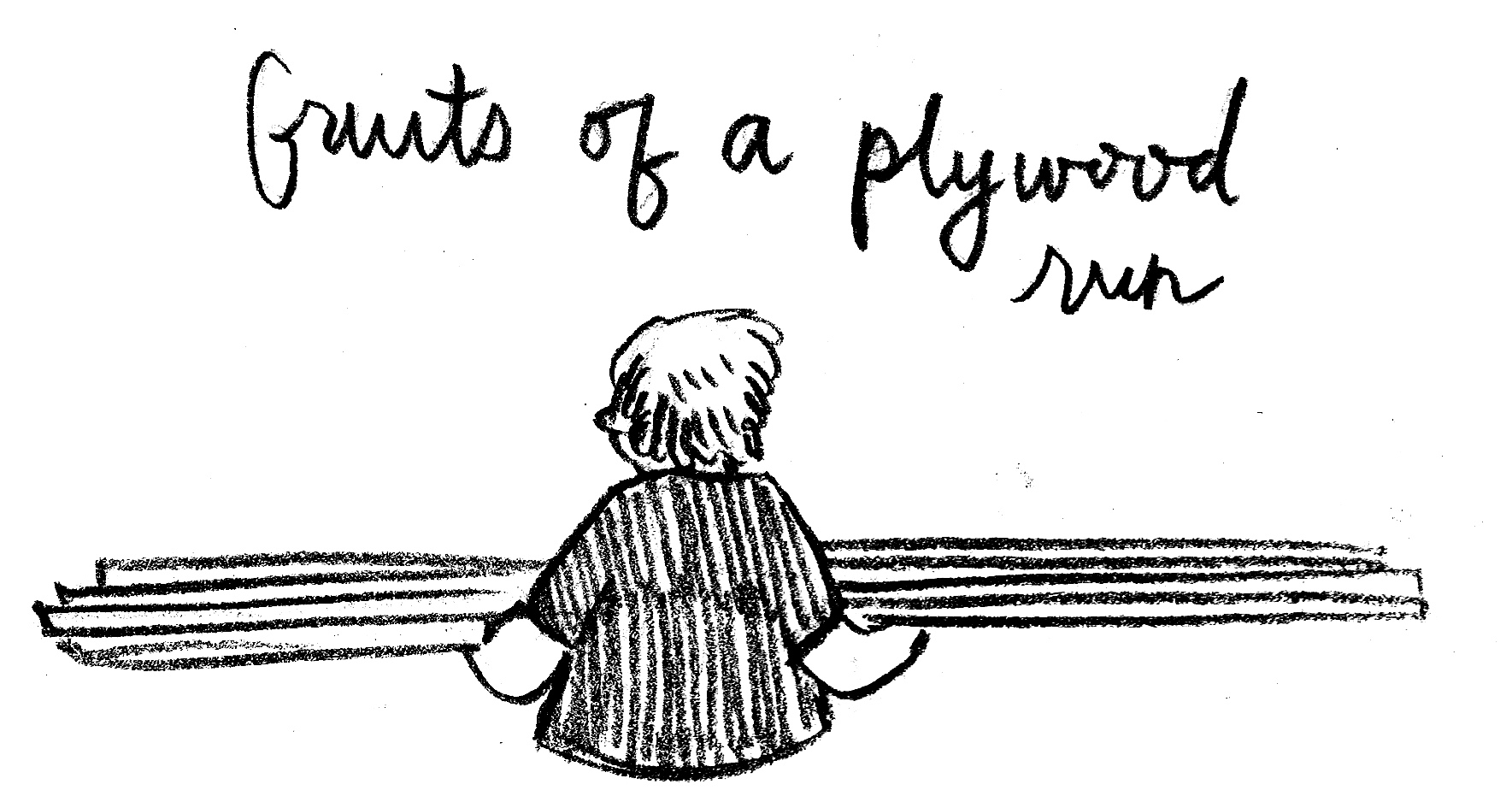 In the foggy late afternoon, activists were preparing what they described as “defenses” throughout the park. Openings in the perimeter gates were blockaded with branches and scrap wood, and platforms hung in several trees. 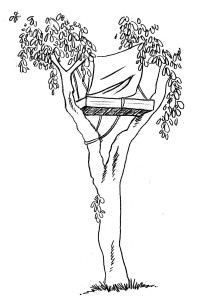 “Tree-sitting has been one of our top ideas for defense,” said Fugee. “We’ve been informed that in San Francisco the fire department will not come out for a call that isn’t an emergency, and police aren’t trained to get people out of trees, so we’ve been leaning on that.”

Another occupier told me: “There’s more. We’ve got lockboxes and shit.”

On Thursday, after nearly a week of frequent but low-stakes visits from police, Gezi Gardens occupiers were served with a notice of trespassing and disorderly conduct. On Friday morning, they held off the developers from those tree-sits.

But the planned development for this relatively unassuming little neighborhood parcel is unusual for San Francisco in that most people haven’t been really upset about it. The farm spans two lots: One is slated for affordable housing, eventually, while the other is being developed by Build, Inc. for owners Avalon Bay, which specializes in luxury developments. The site will have 182 residential units, 3,800 square feet of retail, and 91 parking spaces in an underground garage. It hasn’t caused many ripples, and was even fast-tracked through an environmental impact study in part because planners noted that it wasn’t particularly dense compared to the surrounding neighborhood.

“[I]t’s probably a sign of something — we’re not sure what — that Hayes Valley hasn’t risen up with pitchfork and pike to keep the land agricultural,” Philip Ferrato wrote at real estate blog Curbed SF earlier this year.

The Liberate the Land activists question the value of building more when they say the city still has a glut of homes sitting empty and off the market for a variety of reasons – about 30,000 according to data they cite from 2010. 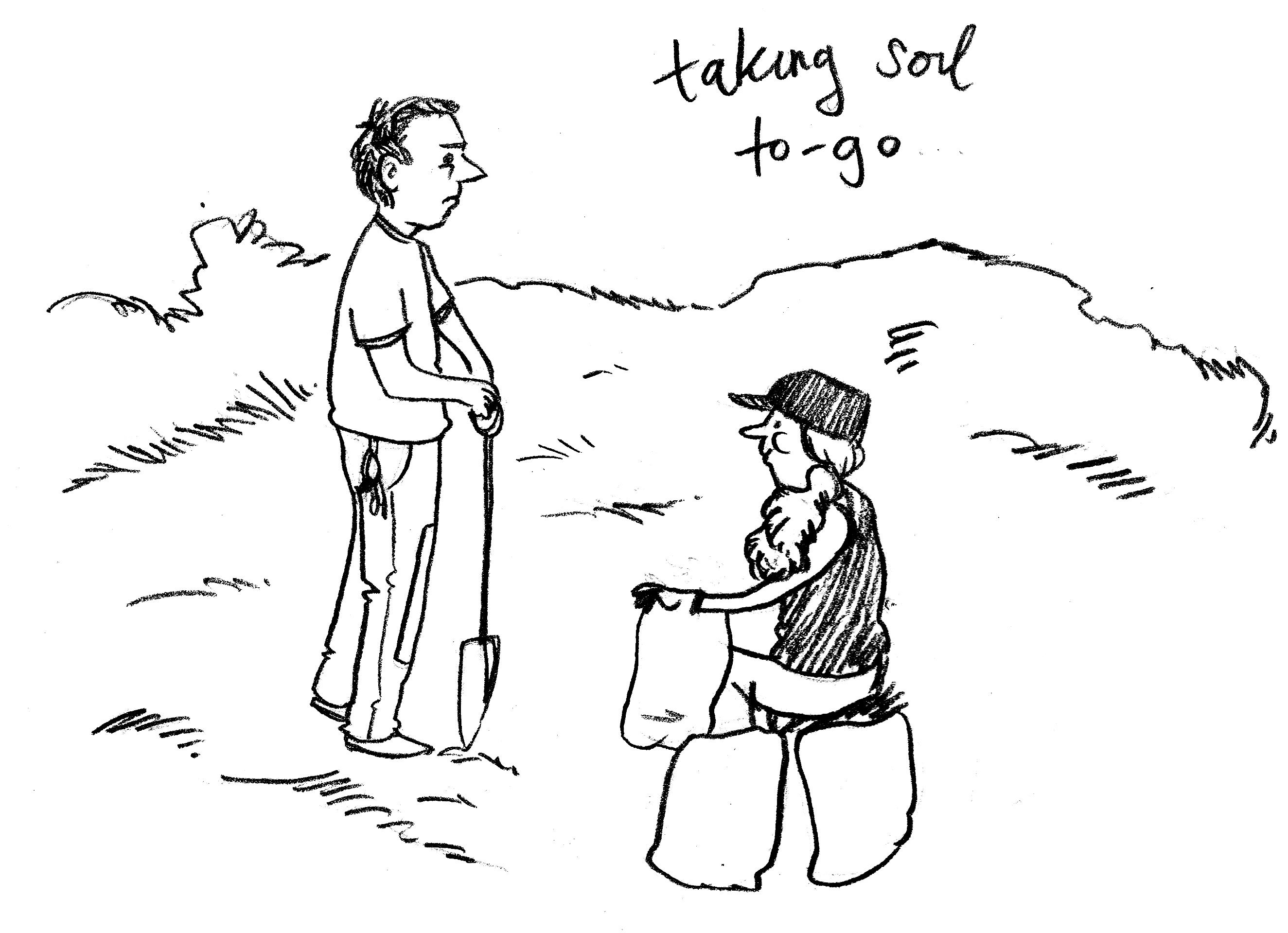 The original Hayes Valley farm organizers have distanced themselves from Gezi Gardens. Following the dissolution of the farm, the project’s resources were spread amongst a variety of community agriculture organizations in San Francisco. One of those organizations, 49 Farms, is the brainchild of Hayes Valley farm cofounder Jay Rosenberg. It’s a nod to the city’s apocryphal 49 square miles, and the need for 49 corresponding urban farms — many of which actually already exist. 49 Farms maps several community gardens in the Hayes Valley area. In fact, it looks like the most garden-saturated neighborhood in the city. 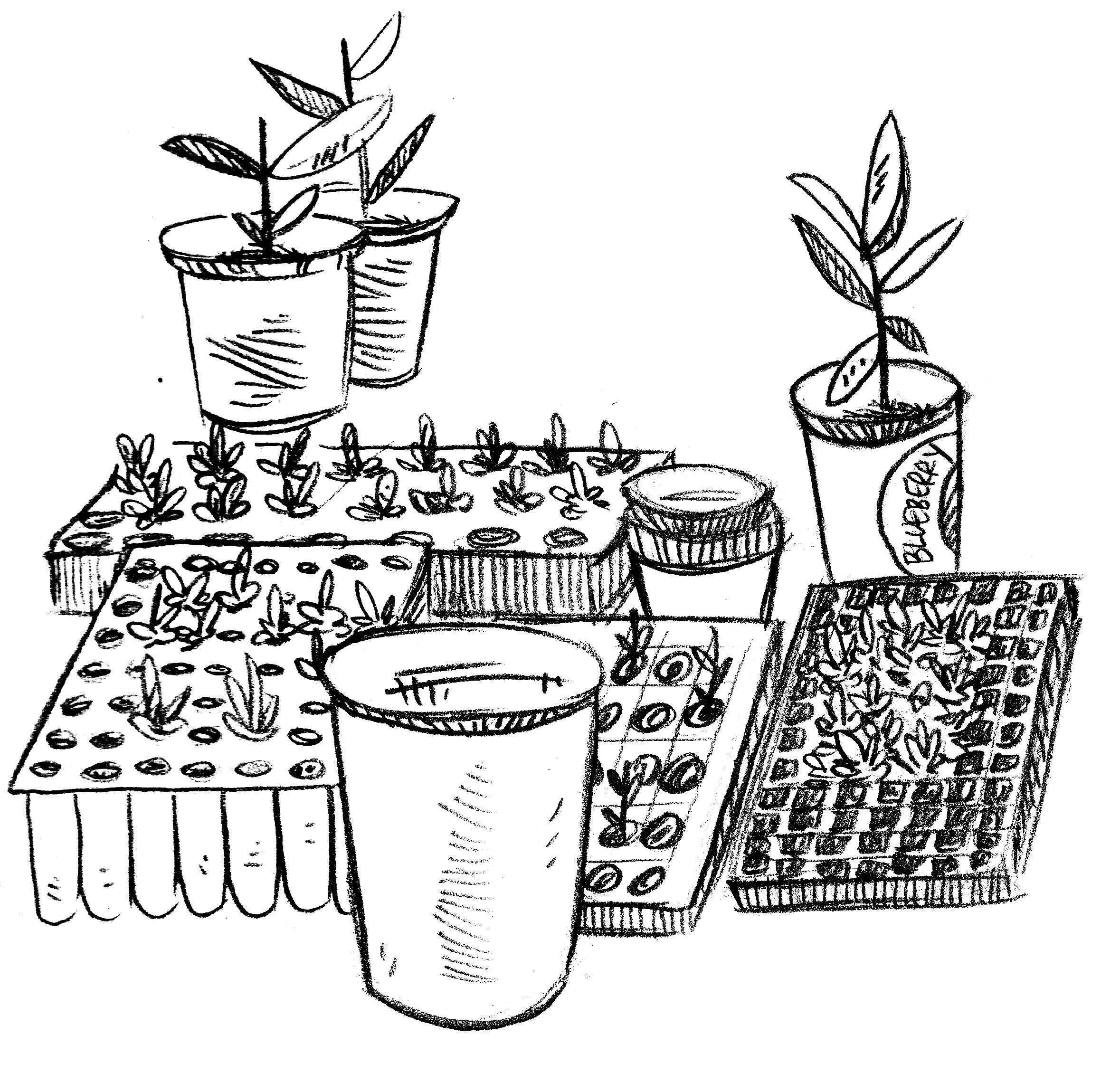 Some in the neighborhood have welcomed the occupation — when I visited, two women from up the block were taking a tour of the grounds, grinning like kids. But not all the locals are pleased with their new liberating army.

“It’s not our space. And that’s the point of us being here — it’s against property and ownership,” says Fugee. “Even though at this point in time it seems like we’re taking this over just for us, it’s really like, we just wanted to hold off private development so that this space can be utilized in the future for the entire community.”

That might not be what that community wants, though.

Friday, the Hayes Valley Neighborhood Association wrote to Mayor Ed Lee, asking that the occupation be booted ASAP. “The HVNA board of directors feels that the current situation … places a health and safety risk to both the participants and our neighbors. We respectfully request that, as Mayor, you direct your staff to take appropriate action in a swift and timely fashion.”

I guess we’ll see how the staff does with those tree-sits. 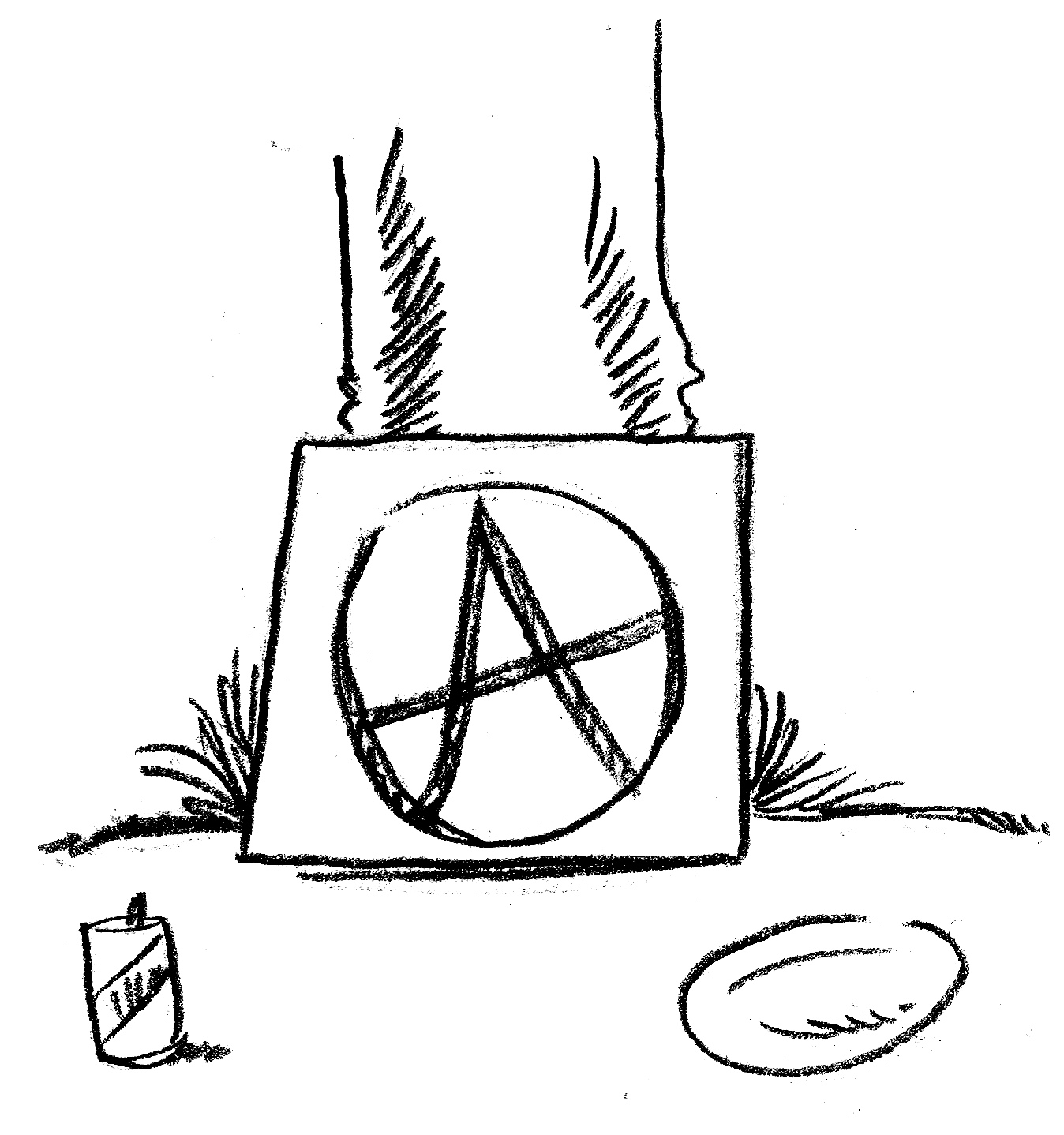