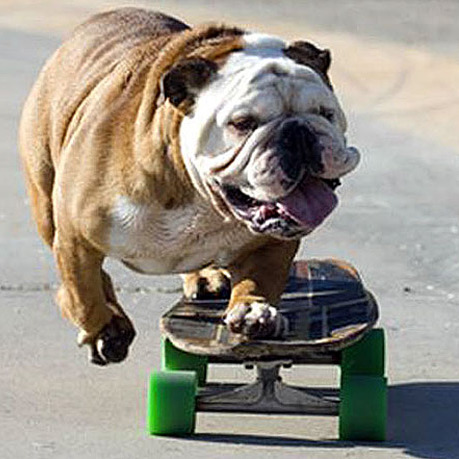 It’s been a good week for lists and rankings, what with SF being ranked the second most bike-friendly city in the country. Now we’ve got another potential accolade to contend with: rounding out the top five on letter-carrier dog bites.

According to a press release sent by the American Veterinary Medical Association (apparently, National Dog Bite Prevention Week is May 19-25, hence the release. The rest of the year, Rover is free to bite away!), 38 mail carriers were bitten by dogs in San Francisco last year, ranking us fifth behind LA (69 bites), a tied San Antonio and Seattle (42 for both) and Chicago (41 attacks).

The Chron spoke with one bitten SF mail carrier, who said “My personal philosophy is, if they have teeth they will bite.”

SFians love their dogs and treat them like the children they are. Sometimes kids get rowdy and bite the mail carrier. There’s just something about the threat of a bill or another dreaded Valpack that makes them go ballistic. Sure.

“There were 20 or 30 citizens relaxing in UN Plaza and about a dozen of them jumped up and accused me of having punched the dog,” Clemens said in a Facebook post. “One person shoved me.”

Being the victim of a bite isn’t just traumatic, but expensive: According to the same AVMA press release we mentioned above, State Farm reports that California is the number one state for insurance claims for dog bites. 451 claims were filed last year, worth a total of $17.1 million.