Smokin’ Fast: Ten Things to Love and Haight About Working Out in San Francisco 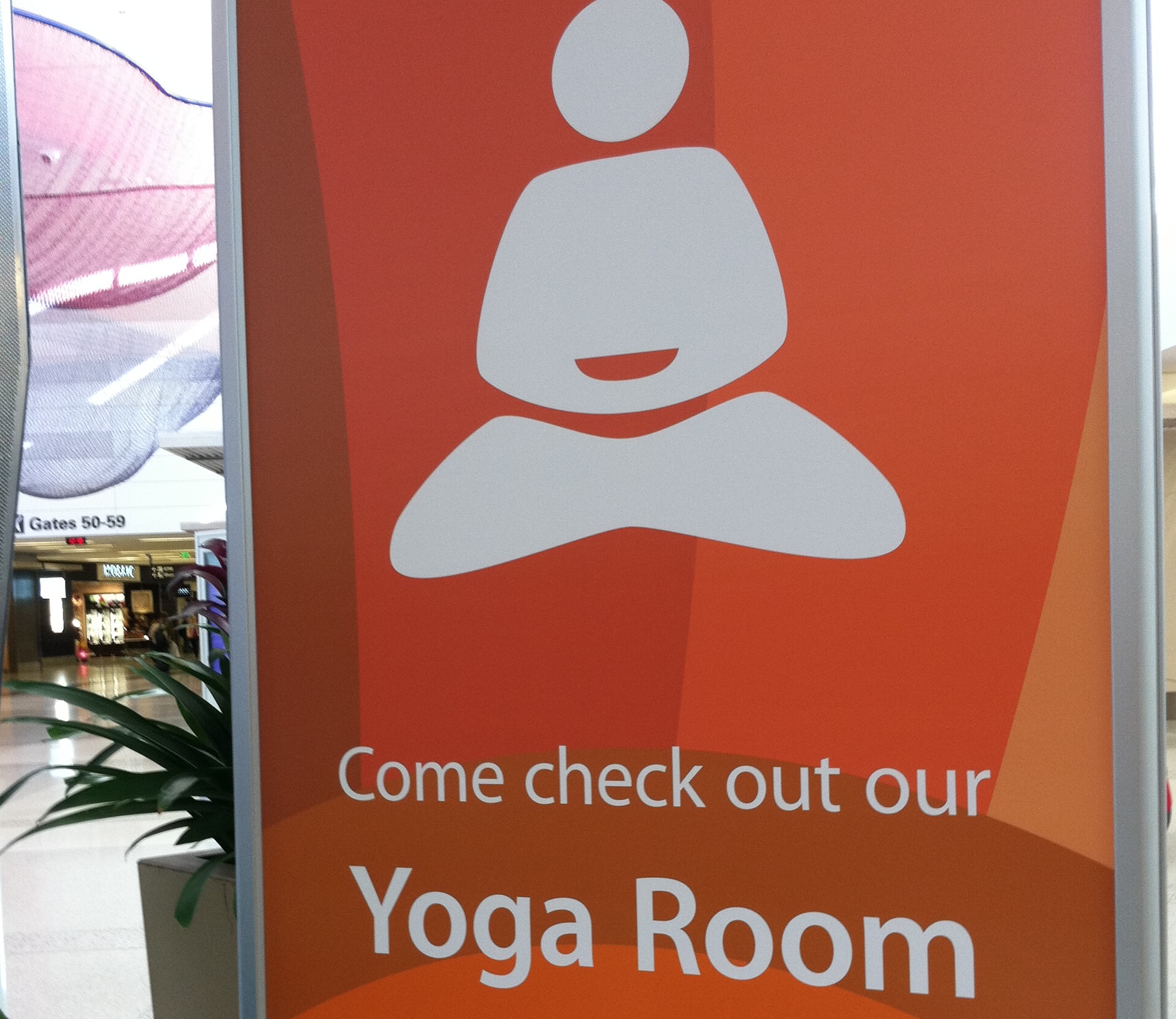 It’s been ten years since I first arrived in San Francisco, and while in many ways it will keep you in decent shape simply through its relentless topography, it can be a challenging city in which to keep real fitness commitments. Not bad or good! Just challenging. But then people come to training (and San Francisco) looking for a challenge! Here are some of them that I’ve confronted, from worst to first:

10: Wealth
This is an expensive time in a ridiculously expensive place. While I don’t really want to go into a detailed class analysis here, suffice to say even if you do find the time, there’s nutrition, equipment, clothing, coaches, hardware, software, memberships, registration fees…Why do you think I like running so much? Shoes, shorts and a watch with a second hand and you’re pretty much good to go.

I love cycling, too, and it’s a great way to get around and have fun, but as you start to get competitive you will run up against a wall of people who can afford better bikes than you. And better food. And better health care. And more comfortable travel arrangements. It’s pretty frustrating! But then is winning your only goal or are you here for more sustainable, realistic reasons like enjoying the sport? Because if it’s the latter, the time you make for it will probably have you passing a lot of busy people on their five-figure rides.

9: Personalities
There are those for whom winning, or being better than someone, anyone (or worse yet, everyone) is the only goal. This place selects for deeply insecure and wildly ambitious people — and I don’t mean to imply that those are two different types of people, but most of us, both. “The calm, quiet, secure confidence of your typical San Franciscan” is not a phrase that has ever been written, except now, and only in jest.

Do you realize how difficult it is to form a team of anything around here? Too threatening to our precious, precious individualities! Not winning might bruise our egos, so better not to try! What if I look awkward and vulnerable in front of potential long term relationship partners? I’ve actually heard people strive to compare their performance relative to others at yoga, and found it lacking, by which logic it must be too difficult and therefore it was reasonable to stop going. Instead of a fitness regimen, might I suggest meditation?

“The calm, quiet, secure confidence of your typical San Franciscan” is not a phrase that has ever been written.8: Facilities
While you can buy your way into some really nice venues, more affordable, accessible facilities are hard to come by — and I’ll even include shitty roads and sidewalks for those who can afford no facilities at all in that. You know how it was cyclists who were some of the first Americans to lobby for paved roadways, and then cars and Reagan and now we’re being asked to voluntarily catalog our nation’s crumbling infrastructure? Same (but worse) goes for our public facilities like parks (except for the golf courses), which along with most community centers, courts and pools probably last saw an uptick in maintenance under the Works Progress Administration.

For broke-ass athletes trying to train for a triathlon, there are two 24 Hour Fitness locations with pools and they’re both tiny and crowded. After doing that for months, I ended up just buying a wetsuit and swimming in Aquatic Park. It felt cleaner, and the day use fee at the South End Rowing and Dolphin Club is only $6.50.

7: Transportation
This sits in the middle of the list, because on the one hand local public transportation makes a lot of car-free training possible. And by carrying a Clipper Card it means you’re never more than a couple of blocks from ride home if you ever get injured.

But what system we have is incredibly slow, particularly within San Francisco, and heavy, dense traffic is absolutely more dangerous — but you’ll probably have to navigate one or the other in order to get to the picturesque views. Time is always short and training can be hard to keep high on a list of priorities, so while it doesn’t make achieving goals impossible overall, on any given day it can go from a mild annoyance to a real motivation killer. Luckily, cycling is the fastest way to get around the city and is a great low-impact aerobic workout.

6: Variety
There are a lot of options for athletic activity in San Francisco! Ballroom dancing, martial arts, power lifting, endurance training, pro-am teams, spiritual practice, blood sport and kinkier stuff — you name it, there is a group of enthusiastic practitioners somewhere. But with all that freedom of choice comes a responsibility to make a decision, any decision, and stick with it for the most part. Something that your typical ADD-addled Type A player who wants to be in the “best” shape and have the “most” fun with the “least” effort and the “worst” schedule might struggle with!

Conversely, maybe none of it is non-commercial and anti-hierarchical enough for you, in which cases, and either way, might I again suggest meditation? Personally, I found triathlon mostly by circumstance, which I liked for having some built-in variety, where teams to offer training support but there’s no team play during competition, and once my general athletic level was pretty high started dabbling from there through cross training while focusing on running, my favorite of the three events.

5: Health Care
We are lucky in San Francisco that for many a bare-minimum of health care — the kind you need to at least have a doctor with whom to talk to before starting on an exercise program — is available through Healthy San Francisco in addition to state and federal programs.

Private, employer-sponsored healthcare should give you more options and better care in case of intermediate injury — not critical enough to require a trip to the emergency room, but enough to slow or stop training and possibly require physical therapy. There’s often little or no coverage for alternative therapies like acupuncture and bodywork, though you can look for donation, sliding scale and student programs. For something catastrophic, they can’t really turn you and your major trauma away from San Francisco General if it comes to that. If you do have money, though, there are elite sports medicine options here that are available few other places in the world. So that’s nice.

If you can’t find an accepting group for physical fitness guidance and support, you can’t possibly be trying hard enough.4: Weather
While you might complain about the foggy mornings, the occasional high winds, or the threat of rain, the weather in San Francisco and the Bay Area is some of the best around. You really do not hear of many people dying of hypothermia or heat stroke around here! And our vast array of microclimates makes it relatively easy to find what you’re looking for — warmer and drier inland, or cooler and breezier by the coast. Shade in Golden Gate Park or full sun along Chrissy Field.

It can make it difficult to acclimate for more extreme conditions, such as hot, dry races in the Southwest; the muggy, humid horrors of the Midwest and East Coast or anything involving sub-freezing temperatures. And you do have to bring or wear lots of layers if you’re traveling any distance, which means lots of laundry. But still, it’s kind of the best.

3: Food
Finding the right training nutrition balance can be difficult. If you have time and little money, the abundance and quality of ingredients is such that you can do yourself some real favors cooking at home. If you have money and little time, there are any number of incredible restaurants that will serve you vibrant, healthful food. If you have little time and little money, we have any number of taquerias that are an inexpensive source of many valuable macronutrients. It’s not quite 53 miles per burrito, but it’ll buy you more time on this earth than Burger King.

2: Tolerance
While it might be nearly impossible to get 18 people together for a softball game, the flipside of that is the relatively high level of tolerance for diversity in athletic organizations to be found here. One team sport that does seem to be growing in popularity here and elsewhere — roller derby — is a full-contact sport for grown women that’s pretty aggressively inclusive!

The blend of identity politics and new age spirituality means you can not only find a yoga class almost any time of the day, but probably a yoga class specifically for pregnant mothers or trans people or sober living or some combination thereof that meets weekly.

Seriously, if you can’t find an accepting group for physical fitness guidance and support, you can’t possibly be trying hard enough. Plus, the high level of base eccentricity and costume party frequency means whatever you’re wearing, everyone saw someone else wearing it either at the club last night or on the way in to work that morning.

1: Location
No matter how much money you have, who you are or what your goals might be, the best thing about training in San Francisco is the location. The weather is part of that, sure, but where else are you going to find both the variety and tolerance of urban density and the variability of terrain and modes of transport? You can surf and ski in the same day, all the while praying to your deity of choice that your backup dancers will hit their cues for your Miss Trannyshack number that night. All those wealthy uberjocks adopting new technologies early provides a test bed for the gear, gadgets and training trends that will make all our workouts a little faster and easier next year (not to mention a source of Craigslist bargains and hand-me-downs).

Just because you’re learning to box in a run-down public building and having to share ratty equipment to do it, or being bandaged up in the hallway of an overcrowded hospital which you’ll have to stiff on the bill doesn’t mean that you aren’t being coached by an accomplished professional who’s trained Olympic-level talent or a surgeon who’s arthroscoped the joints of the Giants. So what’s the best and worst part about working out in San Francisco? While it’s easy to find excuses if you’re looking for them, in the end there really are none.