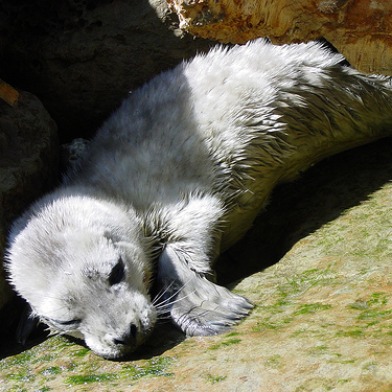 During pupping season the Marin County-based Marine Mammal Center is helping abandoned and sick elephant and harbor seal pups with a “Leave Seals Be” campaign, according to center officials.

The campaign coincides with the pupping season that runs from March through June, which is a critical period of pup growth. During this period, the mother leaves the pups to fend for themselves after about a month of weaning, center spokesman Jim Oswald said.

As part of the campaign, center officials are reminding beachgoers to call local mammal resource centers if they spot what looks like a sick or abandoned elephant or harbor seal.

“Most people have good intentions,” Oswald said. “They just want to help the animal.”
Often the pups are still weaning or have just been weaned off their mothers and should not be approached by untrained humans, Oswald said.

Moving the pups is highly discouraged. Humans are advised to stay at least 50 feet away and keep dogs away from the animals as well.

Rescue teams monitor seemingly abandoned pups to see if the mother returns before taking the animal to a rehabilitation center.

Many pups that get picked up by rescue teams are malnourished, Oswald said.

There are nine elephant seals and three harbor seal pups that are recuperating at the mammal center after calls came in from the public thus far this pupping season.