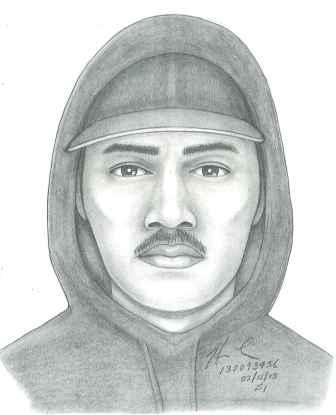 San Francisco police are asking for the public’s help in locating a suspect in two seemingly random assaults.

Police released a sketch Friday of a man who attacked a female victim on Feb. 2 on Bartlett Street between 22nd and 23rd streets around 1 a.m.

The victim was walking south on Bartlett, and as she passed the suspect walking in the opposite direction, he punched her multiple times, police said.

The victim covered her face with her hands to try to protect herself, and the suspect fled the area.

Police said robbery or sexual assault do not appear to be the motives for the attack at this time.

Investigators believe the same suspect may have been involved in a similar attack that occurred on Jan. 6.

In that attack, a victim walking in the area 23rd and Church streets around 2:40 a.m. was attacked by a man walking in the opposite direction as they passed, police said.

The suspect lunged at the victim and threw her to the ground, straddled her and slammed her head into the ground. He then fled the area when the victim screamed for help, police said.

Anyone with information on this suspect or attacks should contact Inspector Rico Castillo at (415) 734-3004. Anonymous tips can also be left by calling (415) 575-4444 or texting to TIP411 with SFPD at the beginning of the message.