Maybe you were born and raised in San Francisco — or maybe you moved here yesterday. No matter the case, between long halting Muni rides, mysterious smears on the sidewalk, and the line at the coffee place, it’s easy for all of us to forget the natural beauty in our city.

All of us except one person: photographer David Cruz, who’s responsible for some of the most iconic San Francisco nature shots you’ve seen on local websites.

Cruz, whose work can be found at his Flickr account, “Natures Lantern”, spends an enormous amount of time taking lovely pictures of San Francisco’s natural beauty.

Cruz writes: I was watching porpoises too far for photos when a fisherman next to me shouts that he caught a fish. It was his first cast and had arrived only a few minutes before this picture. It appears he caught a Surf Perch using a worm as bait. 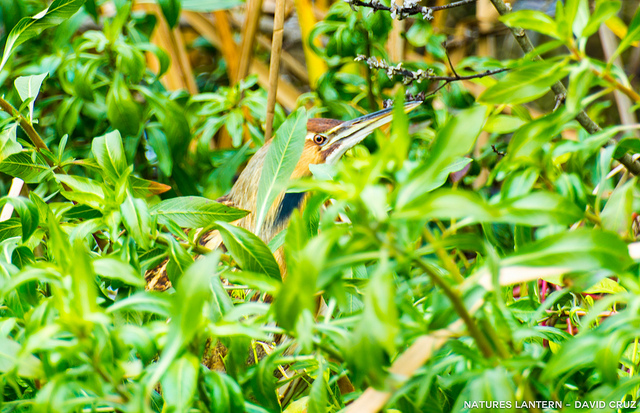 Cruz writes: This morning at 9 AM there was an American Bittern in the tules, on the east side of North Lake in Golden Gate Park, San Francisco. This bird attracts attention because it is usually only spotted once a year in the winter in SF (no sightings of this bird occurred in 2012 for SF). It is a small bird in the heron family. Herons I’ve spotted at North Lake include: Green Heron, Blue Heron, and Night Heron.

When I spotted it, it was already escaping stealthily among the tules.

Interesting fact: This bird was given its Latin name by the ancient naturalist Pliny the Elder who likened this birds’ call to the sound (of) a roaring bull (Botaurus lentiginosus).

Why did the Coyote Cross the Road? 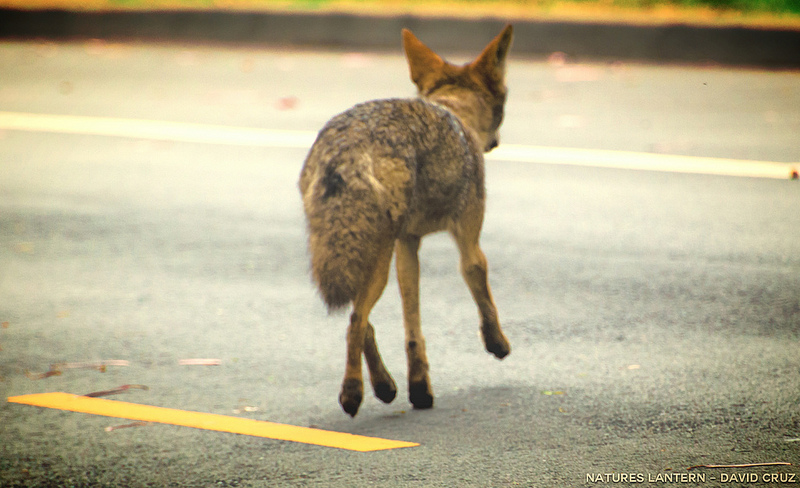 “Why did the Coyote Cross the Road?” Cruz asked, when he sent us this photo of a coyote doing just that in “San Francisco – Golden Gate Park – between hunting grounds.”