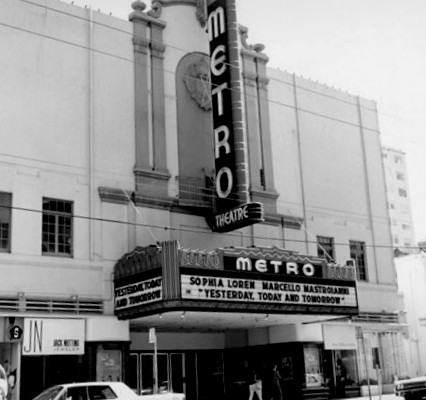 San Francisco Supervisor Mark Farrell and other city officials today are celebrating the start of construction on the site of an old movie theater in the city’s Cow Hollow neighborhood that will soon be home to a luxury gym company.

The four-story Metro Theater building at 2055 Union St. had housed the movie theater from 1924 until it closed its doors six years ago.

The building was declared a city landmark in 2009 but remained boarded up until the company Equinox Fitness decided to move in, and a groundbreaking ceremony was scheduled for this morning.

The gym will take up a majority of the building but, in an agreement with the city, is making available a 2,000-square-foot portion of the building as a multi-purpose space.

The space will be used for film screenings, presentations, recitals and other activities, city officials said.

The city also required that a small community room and other retail space be set aside and that the building keep the movie marquee on its exterior.