A four-alarm fire in San Francisco’s West Portal neighborhood was finally declared under control this afternoon, more than 10 hours after igniting at a restaurant earlier today, a fire department spokeswoman said. 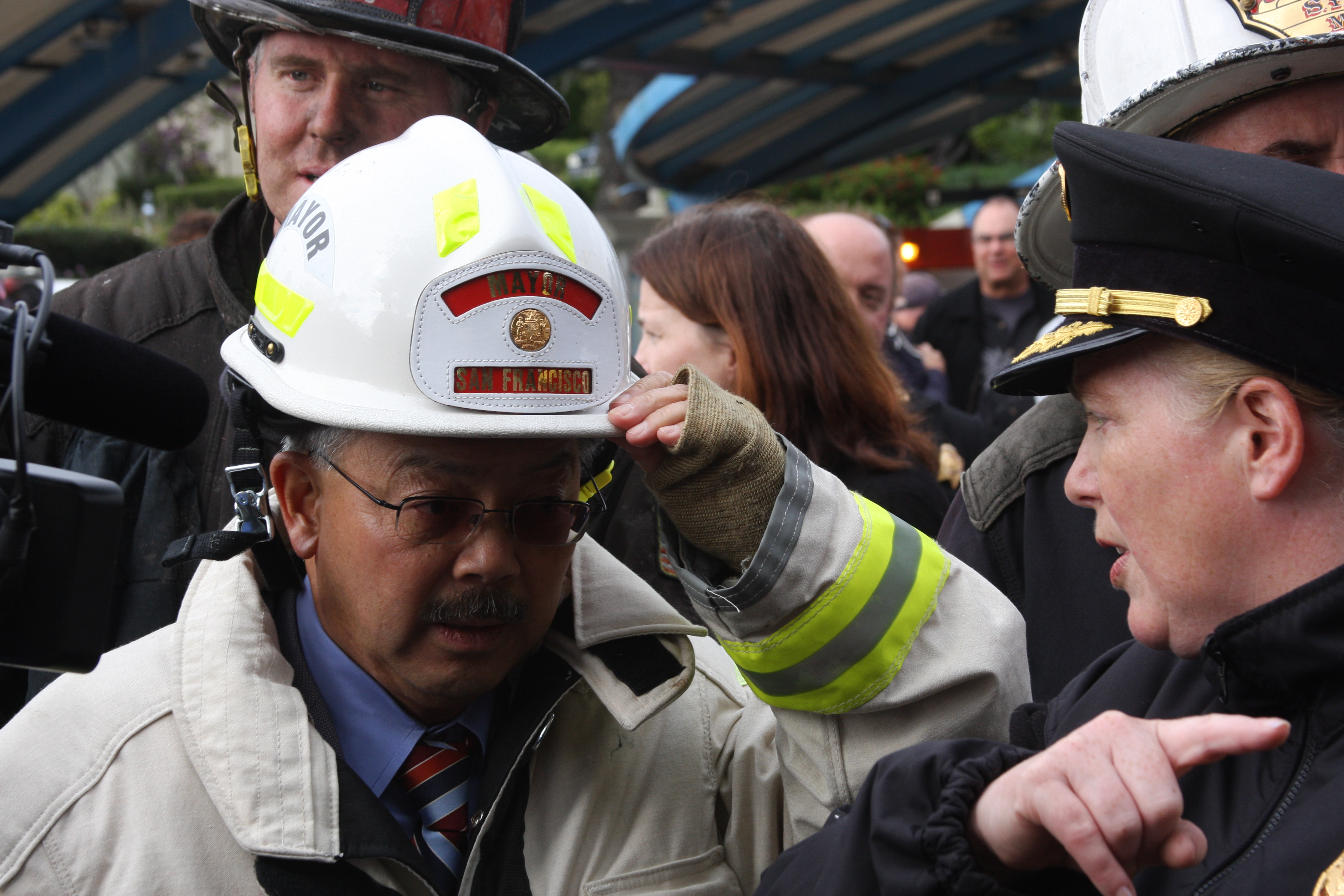 A four-alarm fire in San Francisco’s West Portal neighborhood was finally declared under control this afternoon, more than 10 hours after igniting at a restaurant earlier today, a fire department spokeswoman said.

The blaze was reported around 4:40 a.m. at the Squat and Gobble Cafe and Crepery at 1 West Portal Ave. and spread to adjacent businesses on West Portal Avenue as well as a building at 819 Ulloa St., fire spokeswoman Mindy Talmadge said.

Because of multiple hot spots that remained at the site into this afternoon, fire officials did not declare the fire under control until 3:08 p.m., Talmadge said.

Two firefighters suffered injuries while battling the blaze. One suffered a laceration while another suffered smoke inhalation and had to be transported to a hospital, Talmadge said.

The fire also prompted the shutdown of San Francisco Municipal Railway’s nearby West Portal station for most of the morning, affecting the K-Ingleside, L-Taraval and M-Ocean View lines, Muni spokesman Paul Rose said.

Bus shuttles were put in place along the lines until service resumed at 10:05 a.m., Rose said.

Fire crews remained this afternoon at the scene, where the Squat and Gobble restaurant had been totally gutted and had its roof caved in by the flames.

Adjacent businesses were also heavily damaged, including Warren Orthodontics and the wine bar Vin Debut, while piles of debris were strewn on the sidewalk.

Talmadge said the initial investigation into the fire indicates that it was not suspicious. 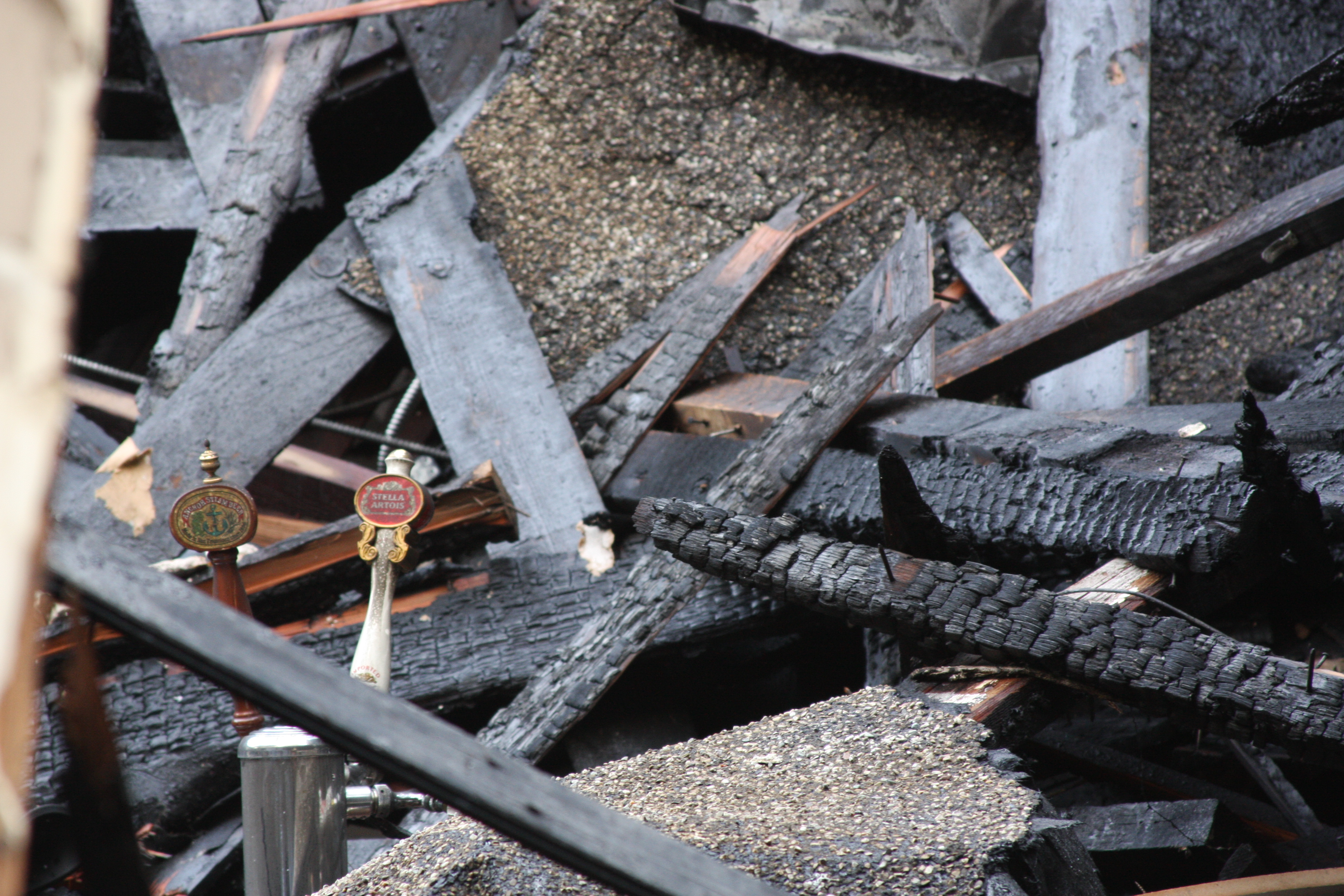 Debris in what is left of Squat and Gooble at 1 West Portal Photo: Bill Wilson