Advocates Call For Repeal Of Death Penalty In November Election 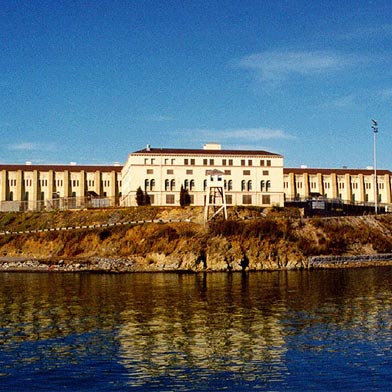 Proponents of a measure on the November ballot that would repeal the death penalty in California today said the state’s current system is far too costly to keep going.

Proposition 34 would replace the death penalty with life imprisonment without the possibility of parole, even for inmates who have already been sentenced to death.

Jeanne Woodford, the former warden of San Quentin State Prison, and Gil Garcetti, former district attorney of Los Angeles County, held a news conference in San Francisco this morning to discuss the measure and announce the launch of new statewide television and radio advertisements by the Yes on 34 campaign.

The ads highlight the costs of the death penalty system, estimated by the measure’s proponents to be $4 billion to California since 1978. During that period, only 13 murderers have been executed in the state.

“It’s a failed public policy that serves no one,” said Woodford, who oversaw four executions during her tenure at San Quentin.

Garcetti said inmates on death row “live a privileged life” that includes not having to work to pay restitution to victims’ families and having a court-appointed legal team to appeal their death sentences.

“It’s about accountability,” he said.

Opponents of Proposition 34 also spoke to reporters outside the site of today’s news conference and said the death penalty is only reserved for people convicted of heinous crimes.

“They’re the worst killers in California, the serial killers, the cop killers, the baby killers,” said Sacramento County Deputy District Attorney Anne Marie Schubert, one of the co-chairs of the No on 34 campaign.

Schubert said the $4 billion cost cited by the measure’s proponents is “grossly inflated” and that going through with executions will save the state hundreds of millions of dollars that would otherwise be spent housing and caring for the inmates.

She also noted that the measure will take $100 million out of the state’s general fund to be issued as grants to local law enforcement agencies to help their investigation of homicide and rape cases.