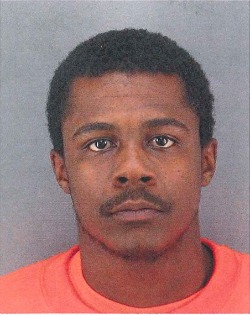 Police detained Daron Raynaldo, 21, of San Francisco, after he exited his home in the 700 block of Missouri Street with his girlfriend and three children, according to police.

Officers searched Raynaldo’s home and found a MAC-10 assault weapon, a 9mm semi-automatic handgun and a .22-caliber rifle with a cut off stock, police said.

All of the weapons were loaded and within arm’s reach of all of the children, according to police.

Raynaldo, a parolee, was booked at the Bayview Police Station on suspicion of multiple weapons offenses, a parole violation and child endangerment, police said.

Over the span of 54 hours between Friday and Monday, Bayview officers made five arrests, including Raynaldo, and confiscated 14 firearms, police said.

The names of the other four people arrested were not immediately available.