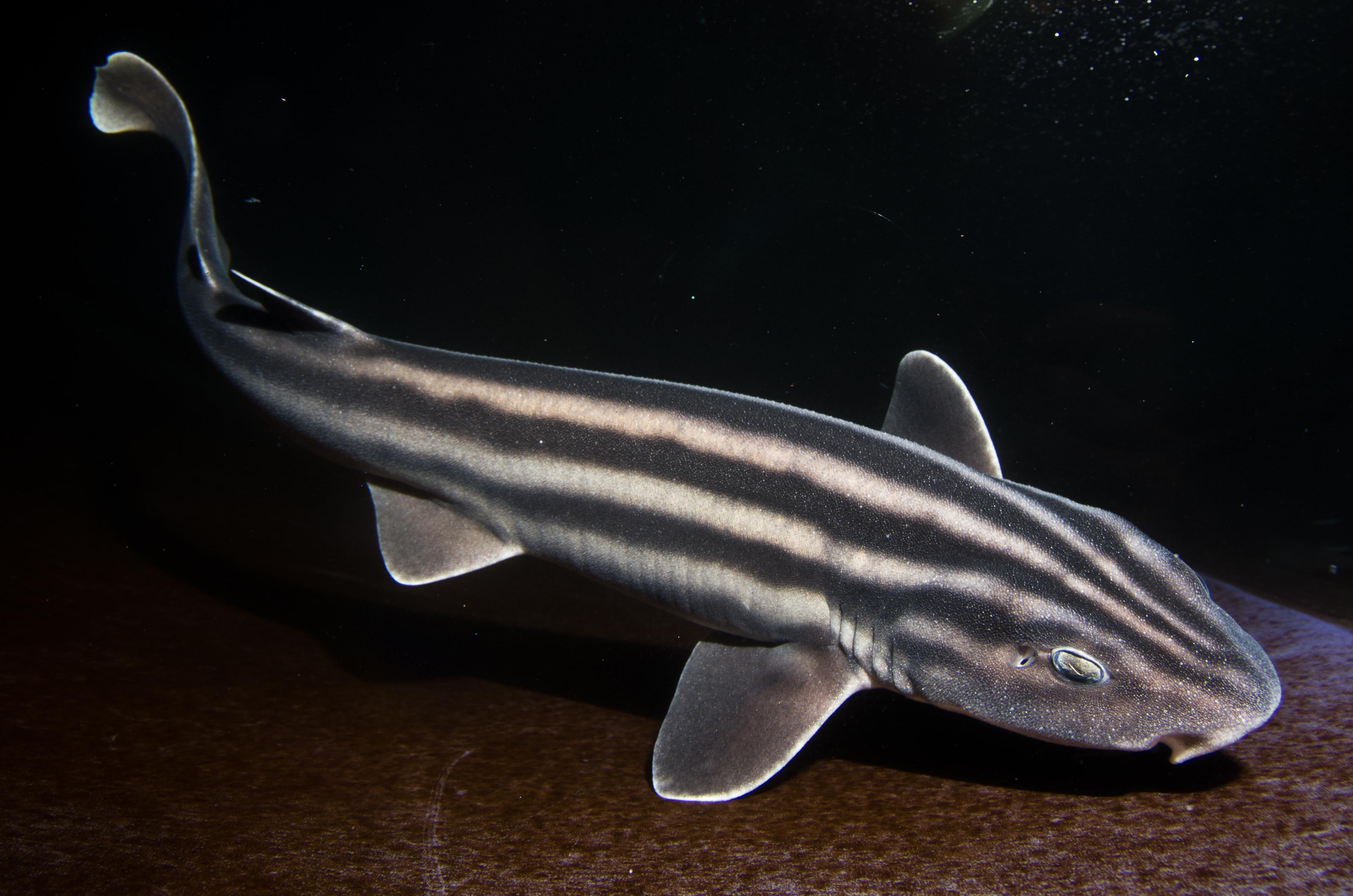 The sharks, which have long, dark stripes and nasal barbells, were born in Lisbon, Portugal, California Academy of Sciences spokeswoman Kelly Mendez said.

Although the two species share a natural habitat off the South African coast, the penguins and sharks are rarely displayed in captivity together.

California Academy of Sciences is the second aquarium in the world to display the two species together, Mendez said. The aquarium in Portugal, where the sharks were acquired, is the other, she said.

The sharks were acquired in December 2011 by the Steinhart Aquarium and underwent a six-month training plan to regulate feeding habits and make sure they would cohabitate with the penguins, aquarium curator Brenda Melton said.

Pyjama sharks are typically nocturnal bottom-feeders, Melton said. The training now allows aquarium biologists to feed the sharks at the surface and monitor them regularly, she said.

Melton said the sharks are fed three days a week. An underwater audio tone brings the sharks to the top of the water where they are fed prawns or squid, she said.

The mild-mannered sharks, which can grow to over three feet long, and energetic penguins are expected to cohabitate peacefully being natural neighbors, Melton said.